To share your memory on the wall of Sean Rowland, sign in using one of the following options:

Sean was a high school graduate, later earning an Associate's Degree in Social Services. He was employed at American Cold ... Read More
Sean was born May 13, 1974, and he transitioned this life on November 2, 2019. He was the middle child of three.

Sean was a high school graduate, later earning an Associate's Degree in Social Services. He was employed at American Cold Forge as a Quality Inspector.

Sean had a heart for helping people in any way he could. He also had a desire for rehabbing houses. Sean had such an amazing soul. His motto was "Treat others the way you want to be treated." He truly lived by this, loving and respecting everyone he crossed paths with.

In 2016 Sean gave his life to Christ, and in 2018 he was water baptized. Sean had great joy finishing his new members class. His greatest joy was spending time with his wife and children and being in his man cave.

To send flowers to the family or plant a tree in memory of Sean Christopher Rowland Sr., please visit our Heartfelt Sympathies Store.

Receive notifications about information and event scheduling for Sean

We encourage you to share your most beloved memories of Sean here, so that the family and other loved ones can always see it. You can upload cherished photographs, or share your favorite stories, and can even comment on those shared by others.

Posted Nov 14, 2019 at 11:27am
To Sean Rowland and family my prayers condolences to your family and the loss of your loved one. I apologize i cant make in person due to my work sche

Posted Nov 10, 2019 at 09:38am
Please accept our most heartfelt sympathies for your lossour thoughts are with you and your family during this difficult time. 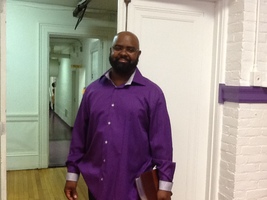 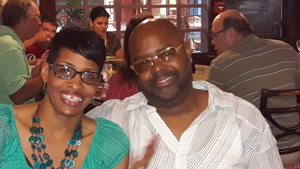