To share your memory on the wall of Reginald Colbert, sign in using one of the following options:

Reggie was a loving and devoted dad to his son. He had enrolled his son in ... Read More
Reginald M. Colbert II, passed away February 29, 2020 at Toledo Hospital. He was born to Joyce Granger and Reginald Colbert Sr. He attended Whitmer High School.

Reggie was a people person. He always had a big smile on his face. He loved his grandmothers, Lorraine Dobbins and Othalena Foreman.That's all he talked about. His favorite words were, "whatever they wanted, they could have."

He was a momma's boy. He didn't play about his momma. Saturdays was a special day for him because he always knew he was getting a special meal from his mom and her sister friends. I could go on and on.

He is preceded in death by his grandparents, great-grandparents and great-great grandparents, in which he helped take care of them since he was two years old. He was a very loving and caring person.

We encourage you to share your most beloved memories of Reginald here, so that the family and other loved ones can always see it. You can upload cherished photographs, or share your favorite stories, and can even comment on those shared by others. Posted Mar 12, 2020 at 01:55am
I had to read the obit to know who this was and when I saw his grandmother's name Lorraine Dobbins my heart ached with grief ! I had not seen the family in a number of years (remembered Reggie as a child) but you NEVER forget Good people♡ God knows and too feels our suffering Lean on Jesus as I know you are. RIP Reggie
Much Love Family ♡and so sorry I was not able to attend services.
Cheryl McClellan Posted Mar 07, 2020 at 01:01am
Reggie, even though you're gone we can still be a team. From, the time you had to leave the North Wood Nights, until the day you left the earth. You were a real friend to me, my mom, and brother, also Brittany, and even showed love to my children as they were born. We never had to act like anyone other than ourselves in front of you. You and your family have taught me a lot, believe it or not. I cannot even express in words how I feel for your family's loss. My family's heart goes out to your family, especially to- Joyce, Gary, Sheree, Taylor, Tony, and Cory, also Gary Jr.

Reggie, I wish I could have told you one more time- how much I cared about you as a friend. I met you around the age of 10 years old, you showed me the mechanics of basketball, and a crispy 3-point shot. You taught me how to roll a blunt, and here I am still to this day rolling blunts. You taught me, to never explain myself to anyone. Most importantly, you taught me how to be myself. Just to keep it 💯 with you, I love you Reg! You were my dawg, and I'll never forget the impact that you made on my life.

Reggie, don't call me by my middle name "Marco" Colbert. You were a true friend" For Real- For Real." I hope to see you again, when the time comes. I will be there for you and your family. I miss you already brother, your long-time buddy. " MOOCH" 😢👊🏀🏀🏀🏀🏉🏉 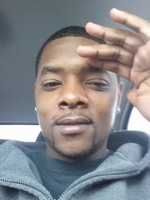 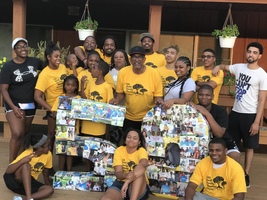 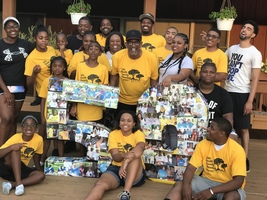 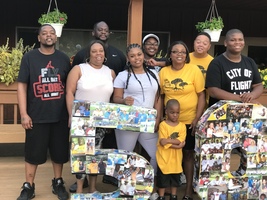