To share your memory on the wall of Melvin Thomas, sign in using one of the following options:

Provide comfort for the family of Melvin Thomas with a meaningful gesture of sympathy.

Print
Melvin Duane Thomas Sr., "Coach Thomas", age 59, was born in Toledo, Ohio on August 17, 1960 to Betty Louise and John Henry Thomas Sr. He went home to be with the Lord, Monday, March 30, 2020. He transitioned quietly and peacefully in the comfort of ... Read More
Melvin Duane Thomas Sr., "Coach Thomas", age 59, was born in Toledo, Ohio on August 17, 1960 to Betty Louise and John Henry Thomas Sr. He went home to be with the Lord, Monday, March 30, 2020. He transitioned quietly and peacefully in the comfort of his home.
He was a proud Toledo Public School student. He attended Pickett Elementary and was a graduate of Macomber Whitney High School, Class of 1978. He received his Associate of Science in Social Service and Bachelor of Science in Marketing Management from the University of Toledo. Melvin dedicated 40 years of service to United Parcel Service. He worked for Toledo Public Schools as a substitute teacher and a special education tutor for many years. Melvin also worked as a Director for Kids Unlimited and Youth Advocacy Programs, Inc. As a part of his youth ministry, he served as a trusted advisor for the Student African American Brotherhood at Old West End Academy; a member of the United Parcel Service and Teamsters Black Caucus, partnering with Rosa Parks Elementary School; and Scott Feeder Schools Jr. High Basketball Coach.
Melvin embraced life; he was never a bench warmer, always making sure that he was all in. He involved himself intricately with family and community. As husband, he encouraged Juanita's academic and life pursuits. As father, he urged his children, Danielle, Melvin 11., and Derrian to pursue their dreams and become entrepreneurs or be their best selves. Working with Smitty in lawn service, Melvin developed skills that he would later use to mentor youth. He unapologetically grasped the "whole of life" and became pivotal in the symbolic village that reached beyond immediate family and welcomed all humanity. Another tool Melvin used to reach youth was often through coaching basketball. Possessing an infectious spirit, he covered life's backboards in a spirit of love.
Even when life committed a foul, he'd rebound and move on to the next possession, often assisting someone to complete the play. He covered family and friends by "boxing out" any distractions that hindered their progress. Melvin could spot potential a mile away, and he made it a point (no pun intended) to perform as many assists as possible, which propelled youth toward their destiny.
He'd set the atmosphere at basketball camps yelling to the campers, "Are you ready?" The entire gym echoed," READY!" Melvin glanced at the coaches, and quickly responded, "they ain't ready!" Again, with vigor and excitement, "I want the custodians to hear you, Are you ready?" With sounds of thunder, the entire gym screamed, "REEAAADDYY!" Melvin blew his whistle, the team slapped the floor, and positioned for defense. Melvin made his final checks and encouraged them toward mastery of basketball fundamentals and life skills! The driving force behind his motivation was, "No Child Left Behind!"
Off the court, Melvin was an entertainer. He could tell a story, like no other. His story telling was so mesmerizing, one often contemplated, ''Was it live, or was it Memorex?" He never ran out of things to say. Charged by an Ever-Ready God, he embraced Job 8:21, "He will fill your mouth with laughter and your lips with shouts of joy."
Melvin selflessly gave of his time coaching, mentoring and making a difference in countless lives. On March 30, 2020, the team's Supreme owner, God called the final play, "Melvin, you've been faithful over a few things, and now I'll make you ruler over many." Angels posted up, and without hesitation; Melvin (who'd won numerous trophies, medals, and certificates) drove the lane and slam dunked to receive his ultimate reward, his crown in glory.
Melvin was preceded in death by his father John H. Thomas Sr. and Father-In-Love Lawson F. Murrell.
He leaves to cherish his memories, loving wife of 29 years, Juanita M. Thomas, daughter Danielle M. Thomas, sons Melvin D. Thomas II, and Derrian Patton. Mother Betty L. Thomas, brothers John H. Jr. (Cynthia), and Frederick (Angela) Thomas, sisters Eneather Murray, Cathryn Thomas, and Sherry Easterling. Mother-In-Love Leona A. Murrell, Siblings-In-Love Jacqueline and Garold Quinn, Jamey Dunlap, Velinda (KP) Price, Lennisha Carter, Jody (Kathy) Dunlap, Vernanna and Leroy Dunlap, Dora (Victor) Dunlap Truss, Monica Sandiford, Nigel (Virgie), Lawson T. (Kayla), and Anthony Murrell. A host of aunts, uncles, nieces, nephews, cousins, family and friends.
Read Less

To send flowers to the family or plant a tree in memory of Melvin Thomas Sr., please visit our Heartfelt Sympathies Store.

Receive notifications about information and event scheduling for Melvin

Print
Services are private, family only due to COVID-19. There will be Live Streaming of the services, check back for link,

We encourage you to share your most beloved memories of Melvin here, so that the family and other loved ones can always see it. You can upload cherished photographs, or share your favorite stories, and can even comment on those shared by others.

Posted May 14, 2020 at 11:02pm
I am just reading about his passing today, sending prayers to the family. My name is Qadriyyah Sultan and Mr.Thomas called me Q. I volunteered with his Kids Unlimited program for many years while attending the University of Toledo. I created STEM related activities for his youth to do monthly. Over time Mr.Thomas became a mentor for me and always checked on me even after graduation. I live in Cleveland Ohio & when he got the chance to visit we always had lunch or dinner to catch up on what was going on in our lives. He was truly a family man and he loved talking about his wife and daughter! I last saw Mr.Thomas November 2019 and we discussed him meeting my future husband and he needed to approve of it before it happened. I will continue to keep him on my heart and prayers. I wi also seek his approval from above 😇 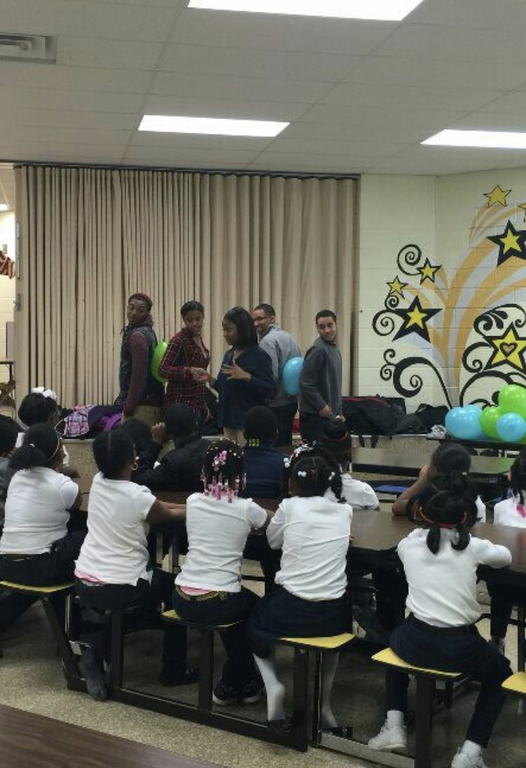 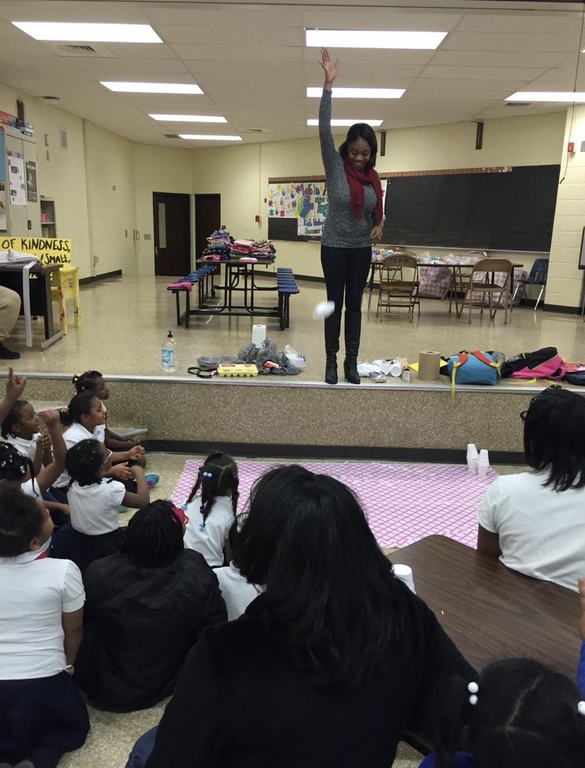 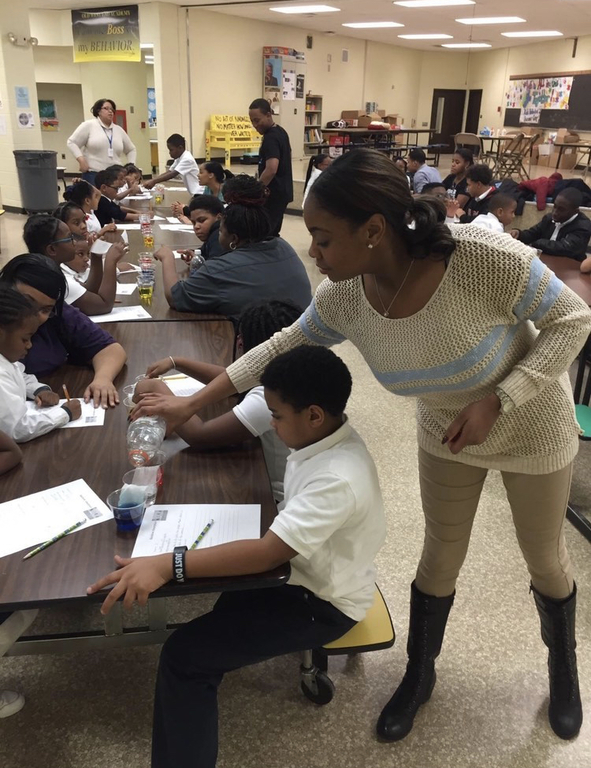 Posted Apr 28, 2020 at 07:32pm
My thoughts and prayers are with you and your family in your time of grief. My heart aches to hear this news. I’m praying for everyone. His life was way too short, but it made a big impact on all that knew and loved him. This is such a huge loss. Melvin will always be remembered. Even as I’m shedding tears for your loss, I’m honored to remember one of the best people I ever met

Posted Apr 24, 2020 at 12:24pm
Prayers and many condolences being sent to the Thomas family... Mr Melvin was a great brother who allowed myself and Darryl Lothery to feel like his little brothers. Melvin was a mentor who took us under his wing with rick hogan. The two would take us on Saturdays and we would live it up like no other. I appreciate Melvin and all that he did. I pray that we meet again and that you watch over all of us.
Comment Share
Share via:
EH 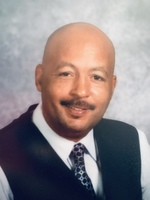 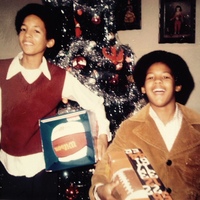 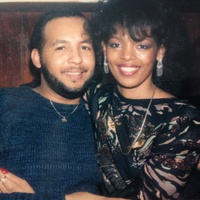 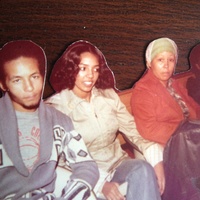