To share your memory on the wall of Larry Burton, sign in using one of the following options:

The Virtual Homegoing Celebration will be held, Wednesday, Sept. 16, 2020; Viewing at 12:00 PM, Service at 1:00 PM. Arrangements entrusted to The House of Day Funeral Service.
Read Less

To send flowers to the family or plant a tree in memory of Larry Darnell Burton, please visit our Heartfelt Sympathies Store.

Receive notifications about information and event scheduling for Larry

We encourage you to share your most beloved memories of Larry here, so that the family and other loved ones can always see it. You can upload cherished photographs, or share your favorite stories, and can even comment on those shared by others.

Posted Sep 16, 2020 at 02:34pm
Gonna miss you & Elaine;I remember the last time I saw y'all together.Now,I know both of y'all are smiling down from Heaven,back together again!Rest in peace;You & Elaine.
Comment Share
Share via:
HO

Posted Sep 14, 2020 at 08:56pm
Our thoughts and prayers are with you. Sending love and sincere sympathies from your VA Family ( Sammy, Tracie, Orlando and Brandon. Psalms 147:3

Posted Sep 13, 2020 at 08:26pm
To my “little sisters”, Keisha, Samantha and LeAnna, there are no words that can express how I feel. But do know that I am praying for you and asking God to keep His loving arms around all of you. Let the memories comfort you and bring you joy when times get hard. I love you all ❤️.
Comment Share
Share via:
GJ

Posted Sep 10, 2020 at 10:06pm
May your heart find comfort knowing that your love one is at home with the Lord
Love Gwendolyn E.March Jones & Family
Comment Share
Share via: 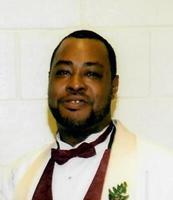 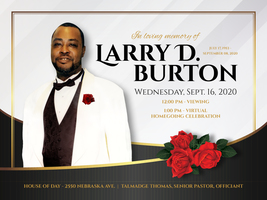