To share your memory on the wall of Kim Loudermill, sign in using one of the following options:


Kim worked in retail for most of her life until she was forced to retire due to health reasons in 2015. She worked at Circuit City for 8 years running the media department. Then she worked at Kroger for several years until her retirement. She also briefly worked as an in-home care assistant for Comfort Keepers.

Kim was a rock for much of her family. She always told it how she saw it, and for that, she made an excellent person to talk to, no matter what you were going through. She would always let you know how much she loved you, and that, "We can talk about anything."


On January 19, 1995, Kim gave birth to her only son, whom she creatively named "Tanasio." She loved him more than anything in the entire world, and she was sure to let everyone know it. He and the rest of the family are tremendously devastated by this immense loss.


Kim was preceded in death by her father, Napoleon, and her older brother, Clarence (Rosetta) Taylor. She is survived by her mother, Maggie, her son, Tanasio, sisters Conchita Dula, Kaye (Golwin) Williams, Regina Loudermill and Karen Loudermill, brothers Vinson Taylor and Napoleon Loudermill, Jr., special family friend, and a wealth of other nieces, nephews, cousins, and family friends. The family gives a special thanks to Pastor Linford and Veronica Coleman.
Read Less

To send flowers to the family or plant a tree in memory of Kim Loudermill, please visit our Heartfelt Sympathies Store.

Receive notifications about information and event scheduling for Kim

We encourage you to share your most beloved memories of Kim here, so that the family and other loved ones can always see it. You can upload cherished photographs, or share your favorite stories, and can even comment on those shared by others.

Trina and Scottie Scott, Brendan ODonnell & Erica Krause, and other have sent flowers to the family of Kim Loudermill.
Show you care by sending flowers

Posted Jul 17, 2020 at 03:07pm
To the family of Kim Loudermill. Sending my deepest condolences and prayers may God continue to watch over you and keep you during this trying time. Sincerely Lorraine Dobbins
Comment Share
Share via:
TS

Trina and Scottie Scott purchased flowers and planted a memorial tree for the family of Kim Loudermill. Send Flowers

Posted Jul 16, 2020 at 08:48pm
We are so sorry for your loss and send our deepest condolences to the family. Your mother has transitioned to a better place. She may not be here physically but she will be forever in your heart. God will be your strength to help you through this. Brenda Sawyers
Comment Share
Share via:
BK

Posted Jul 16, 2020 at 12:34pm
My condolences goes out to the family, Im so sorry for your loss. Will continue to pray for you all. Much love.
Comment Share
Share via:
LD

To the family of Kim Latimer my deepest sympathy in the loss of your loved one. May God continue to watch over you and keep you doing this trying time, will be keeping you all in prayer. Sincerely Lorraine Dobbins 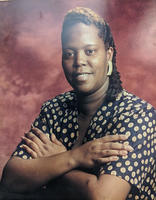