To share your memory on the wall of Joan Calhoun, sign in using one of the following options:

Joan was a beloved wife, mother, grandmother, sister, aunt and friend. Her passion and love for helping others was evident in her work at the Lucas County Metropolitan Housing Authority for 26 years, where she retired in December 2012.

Joan was a beautiful person with a huge heart and touched the hearts of so many. She consistently put others needs before her own. Joan always presented with poise and class. She loved her animal print and incorporated this when she shopped for herself and others. She enjoyed cooking and playing cards with family and friends. However, Joan’s passion was to sing. She started singing while attending high school and performed professionally after graduation with her group, Ronnie Lee Combo & the Tempting Tiara’s and, Samson and Delilah & the Boss City People, to share her angelic voice with others. She is now singing in the heavenly choir.

To send flowers to the family or plant a tree in memory of Joan E. Calhoun, please visit our Heartfelt Sympathies Store.

Receive notifications about information and event scheduling for Joan

We encourage you to share your most beloved memories of Joan here, so that the family and other loved ones can always see it. You can upload cherished photographs, or share your favorite stories, and can even comment on those shared by others.

Posted Sep 01, 2020 at 08:39pm
Orin I am truly saddened by this news of Joan’s passing. To you and all of the family please know all of you are in my prayers.

Posted Aug 30, 2020 at 12:36pm
Orin and family, I would like to extend my deepest sympathy to you and your family. May God comfort you and keep you during this most difficult time.

Posted Aug 29, 2020 at 11:28pm
Joan and I went to Thornhill Elementary School together. We played together during recess. I remember her and Phyllis and Jennifer Hughes had a singing group. Every time I came home to Youngstown I always made it to the Sharonline Reunion dance and/or picnic where I got a chance to see her and her sister Phyllis. She will be missed.
Comment Share
Share via:
MW

Posted Aug 29, 2020 at 02:48pm
Joan was my neighbor on Melrose and was an awesome woman. Always had a smile on her face that would brighten your day. Rest peacefully my Sistah, you will be missed. My condolences and prayers for you all 💕🙏🏾
Comment Share
Share via:
JL 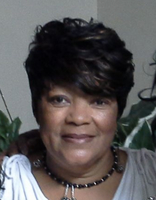 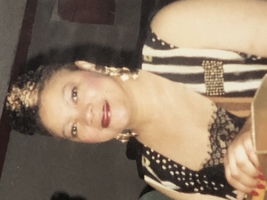