To share your memory on the wall of Jerry Moore, sign in using one of the following options:

A Toledo native, Jerry Jr. attended Lincoln Elementary School, Robinson Junior High, and Devilbiss High School. His favorite childhood memories center around growing up on Norwood. It was on Norwood that the legend we call CMOE was born.

Jerry Jr. was always at the center of it all. The life of the party. Whenever you saw him coming you knew it was going to be a good time. When in his presence, Jerry Jr. had an incredible way of making you feel like you were the only person in the room. Especially if you were on the receiving end of his jokes. Jerry Jr. loved to laugh, and he had a smile that radiated from his soul. He encompassed the meaning of family, humility, and loyalty. To know Jerry Jr. was more than to love him. To know him was to know that you had a friend for life.

On July 29, 1997 Jerry Jr. took on the greatest role of his life when he became a Father. Jerry Jr. did not live in Fatherhood, He was Fatherhood, not only to his son Jerry III, but he was a stand in the gap father to all the kids he met. He loved children and he never missed an opportunity to shower them with love and affection, correction and discipline, and all his many life lessons that he taught them.

Jerry Jr. was an avid football fan and always expressed his loyalty to the Washington Football Team, formerly known as the Washington Redskins. His favorite football player was without a doubt, Jerry C. Moore III.

Jerry Jr. encompassed the spirit of graciousness and gratitude. He never allowed the circumstances of life to get in the way of the joy and happiness he always displayed. Over a 15-year illness and toll dialysis took on his body, Jerry Jr. never stopped believing, and spreading his love to everyone he met. Never once did Jerry Jr. complain. He believed that his mind was stronger than anything and that if he stayed positive, he could beat it.

To send flowers to the family or plant a tree in memory of Jerry C Moore Jr., please visit our Heartfelt Sympathies Store.

Receive notifications about information and event scheduling for Jerry

We encourage you to share your most beloved memories of Jerry here, so that the family and other loved ones can always see it. You can upload cherished photographs, or share your favorite stories, and can even comment on those shared by others.

Danita, Lavelle Barnes & family/ Keith Blount & family, and other have sent flowers to the family of Jerry C Moore Jr.
Show you care by sending flowers

Posted Aug 13, 2020 at 11:13am
Condolences go out to the entire Moore family. Our thoughts and prayers are with you. May your pain & grief be converted in to a celebration of life

Posted Aug 12, 2020 at 10:25pm
In memory of your beloved Jerry C Jr & Celebration of the Love & Joy You Shared. Hugging you from Houston, Linda, Evelyn, Jermica & Jeremy Ragland

Posted Aug 12, 2020 at 04:30pm
To Uncle Jerry and Aunt Pat, Sorry for your loss from Nissi and family. I will miss my cousin! He kept me laughing and cutting up. I love you all! 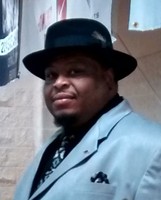 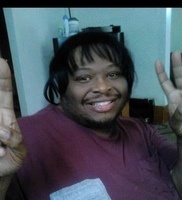 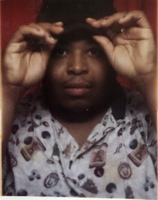