To share your memory on the wall of Henry Wilkins, sign in using one of the following options:

Print
Henry Hayes Wilkins passed on Wednesday December 18, 2019 at the age of 68. Surrounded by the love of family and friends, he left this world peacefully.

Henry was born June 4, 1951 in Cleveland, Ohio to Henry Hayes and Dicey Ann. He gra... Read More
Henry Hayes Wilkins passed on Wednesday December 18, 2019 at the age of 68. Surrounded by the love of family and friends, he left this world peacefully.

Henry was born June 4, 1951 in Cleveland, Ohio to Henry Hayes and Dicey Ann. He graduated from Shaw High School in Cleveland, Ohio in 1969. He went on to further his education at Bowling Green State University and obtained his Bachelor's degree from Western Illinois University.

In his youth, Henry enjoyed the outdoors, playing baseball, and basketball with his friends. His love for nature led him to achieve membership as a Boy Scout which resulted in earning the merit of Eagle Scout.

On August 16, 1975 he married the late Theresa Elaine Wilkins, his wife of nearly 41 years. Together they built their life in Northwest Ohio. Henry's passion was to mentor and foster relationships within his role as a Transportation Manager at Roadway Express and Spartan. He continued working in operations with Chrysler Corporation in Perrysburg, Ohio where he later retired in 2016. Henry was always known for bringing people together. While at Chrysler, he took the initiative to organize a bowling league, making sure to include all those who were interested.

Henry grew up as a member of Cory Methodist Church in Cleveland, Ohio. While at Bowling Green State University, Henry fell in love with God. His persona and welcoming smile had an enormous impact on individuals who Henry led to the Lord.

Henry would canvass Bowling Green campus and surrounding areas inviting friends and acquaintances to come and experience the glory of God. He would say, "No choir or usher board just come as you are. I promise, you have never celebrated or worshiped God like this. Genuine."

His endless energy and honest evaluation of life with Jesus surpassed any inhibition to tell others of the magnificent love of God. Henry would knock on your apartment door and even offer to give you a ride to Prout Chapel so individuals could bask in the omnipotence and omnipresence of God. The joy and peace he demonstrated drew others to Christ. Many college students and young married couples are eternally grateful to the introduction of salvation through Henry "Bibby" Wilkins.

As an adult, Henry played on the church softball team. He enjoyed trying new recipes, cooking meals for his family, and being a Master on the Grill. Everyone looked forward to his famous smoked turkeys at holiday gatherings. He loved passing time fishing, going to the casino, and playing cards at the senior center with his stepfather [Papa] Homer Crain. Henry continued his love for fellowship and singing by organizing Friday Night Karaoke events. He lived life to the fullest up until his last weeks, traveling anywhere and everywhere he desired including Europe, Africa, Bahamas, Las Vegas, Jamaica, and Cuba.

Henry was a devout Christian who served God and shared his love for the Lord with everyone he met. Henry's faith and spirituality found their home at Cornerstone Church in Toledo, where he was an Usher for over 25 years. His ministerial outreach along with his open heart helped lead many to Christ. He left this earth a better a place than what he was given.

To send flowers to the family or plant a tree in memory of Henry Hayes Wilkins, please visit our Heartfelt Sympathies Store.

Receive notifications about information and event scheduling for Henry

We encourage you to share your most beloved memories of Henry here, so that the family and other loved ones can always see it. You can upload cherished photographs, or share your favorite stories, and can even comment on those shared by others.

Posted Dec 27, 2019 at 09:11pm
...BGSU, Prout Chapel, 5-fold ministry sharing, fire choir, exuberance in showing the love of Christ. And living a life of love with my special sister Teresa (women’s ministering), and Allowed my assisting with bringing beautiful children into this earth realm, Henry helped shine light into a world wherever he and Teresa were, plus went into God’s word in a unique way drawing many by example; not just words. Family & children my condolences are with you and my prayers continue. Sister Debra Black/Napper. I would love to reconnect if possible.
Comment Share
Share via:
BC

Posted Dec 27, 2019 at 10:20am
I remember Henry coming to the YMCA in Warrensville Heights, Ohio. Wednesdays He would bring delicious chicken wings other days he would bring pastries it was always a special treat to see Henry even when he brought nothing . He was sooo much fun to be around. Henry was such a nice Gentleman. Above all he was a Christian. He would always say “Man, you got to show them the Love. That’s how you draw people to the LORD“ We Loved Henry. He will be Greatly missed.
Comment Share
Share via:
LF

Flowers were purchased for the family of Henry Wilkins. Send Flowers 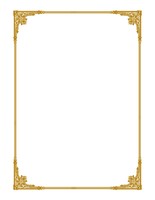 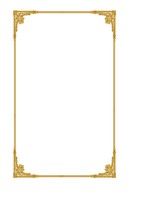 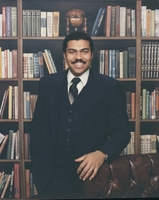