To share your memory on the wall of Henry Dupree, sign in using one of the following options:

Growing up as an only child, and being a junior, he was affectionately known as, June and Junebug. He graduated in 1964 fro... Read More
Henry A. Dupree, Jr., was born on September 14, 1946, in Bonham, Texas, to the Henry A. and Hattie L. Dupree, Sr.

Growing up as an only child, and being a junior, he was affectionately known as, June and Junebug. He graduated in 1964 from Jesup W. Scott High School, and after spending some time in Seattle, Washington in college, "June" returned to Toledo to pursue other avenues.

While trying different trades to determine his career path, he found his first passion - painting. With his desire to be his own boss and his attention to detail, "June" began painting houses all over Toledo. He was always known for giving a good deal and doing a great job. With years of painting to his name, when he would no longer climb high on his painter's ladder, he still was the boss to those that did.

"June's" hobbies included playing his numbers, and his love for dogs. He spent the majority of his life educating himself on anything to do with dogs, his favorite breed being the pit bull. After sharing his expertise in breeding and training dogs with others, he became the well known "HooDoo".

To send flowers to the family or plant a tree in memory of Henry A. Dupree, please visit our Heartfelt Sympathies Store.

Receive notifications about information and event scheduling for Henry

We encourage you to share your most beloved memories of Henry here, so that the family and other loved ones can always see it. You can upload cherished photographs, or share your favorite stories, and can even comment on those shared by others.

Posted May 26, 2020 at 11:09am
May your heart find comfort knowing that your love one is at home with the Lord
Love Gwendolyn E.March Jones &Family
Comment Share
Share via:
RF

Posted May 21, 2020 at 05:06pm
To the Dupree family.
In sorrow, we mourn those lost, in gratitude, we embrace those around us. Peace and blessings upon you and your family. May the peace of God embrace you during this time of transition. With love and deep sorrow from the Fair family, Richard, Dorothy and Barbara.💖
Comment Share
Share via:
KE 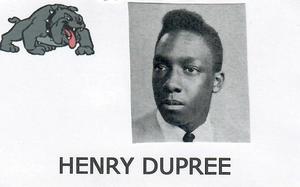 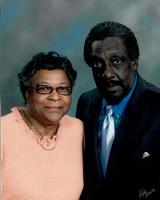