To share your memory on the wall of Geneva Kynard, sign in using one of the following options:

Provide comfort for the family of Geneva Kynard with a meaningful gesture of sympathy.

Geneva was educated in the Toledo Public Schools and went on to receive an Associate Degree in Certified Dietary Management from Owens State College. Geneva was employed at many restaurants and several eating establishments in and around Toledo, Ohio.

She dedicated her life to the Lord at a young age and was baptized at Mt. Nebo Missionary Baptist Church. Upon her death, she was a member of Cornerstone Church.

Geneva had three loves; family first, her work and traveling. She was blissfully married to her husband Timothy Kynard, for 13 years. She was blessed with two daughters, Latory Jordan and Ebony Hudson.

Gee had the unique talent of bringing family together. We would often gather for food, fun and festivities at her home. She loved everything about cooking; she started in the food service industry very young and continued the remainder of her working career.

Gee got bit by the travel bug over a decade ago. It began with a trip to New York City and she traveled as far as Haiti, the Dominican Republic, and Belize. Comically referred to as "The Old Lady Crew", Gee would arrange an annual adventure for herself and her sisters.

She was preceded in death by her father, Herman Hudson Sr.; brother, Vernon Hudson; and sister, Brenda Hudson-Phillips.

To send flowers to the family or plant a tree in memory of Geneva L. Kynard, please visit our Heartfelt Sympathies Store.

Receive notifications about information and event scheduling for Geneva

There are no events scheduled. You can still show your support by sending flowers directly to the family, or planting a memorial tree in memory of Geneva L. Kynard.
Visit the Heartfelt Sympathies Store

We encourage you to share your most beloved memories of Geneva here, so that the family and other loved ones can always see it. You can upload cherished photographs, or share your favorite stories, and can even comment on those shared by others.

Posted May 15, 2020 at 05:06pm
May your heart find comfort knowing that your love one is at home with Lord
Love Gwendolyn E.March Jones & Family
Comment Share
Share via:
PK

Posted May 14, 2020 at 11:28am
To Tim and the Hudson family, praying for you guys. Geneva and the Hudson family was our neighbors that lived across the street from the Green family (Princess, Precious, Ethel, Dallas Jr, Anthony and Varelle) on Rockingham. I reconnected with Geneva at Cornerstone Church. It was a pleasure to see her again. She will be truly missed. Sending our love and prayers. 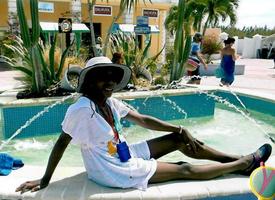