To share your memory on the wall of Danita Roddy, sign in using one of the following options:

Provide comfort for the family of Danita Roddy with a meaningful gesture of sympathy.

Print
Danita Chavon Roddy was born on May 12, 1965, to Pearly Lee Roddy and Queen Elizabeth Roddy. She departed this life on April 16, 2020, and now, she is in the arms of the Lord.

She was a graduate of Scott High School.

She was a graduate of Scott High School.

Danita was a beautiful soul who could found the humor in many things. From a young age, she could make anyone's day with her witty conversation. Danita was well known for her distinctive, hearty laugh which could be heard in the largest room filled with a multitude of people. It seemed as though Danita knew and remembered everyone and expected you to know them as well. She would say, "Girl, you remember them..." and most time we would not have a clue of who they were!

Danita had a great love for the Lord. She was saved at the tender age of 21. Like most, there were time when she strayed away from her faith but she always found her way to the Lord. She wanted others to love the Lord the way she loved Him. She shared her ministry with many people and was not afraid to sing and talk about the goodness of the Lord with everyone she encountered.

Danita also had a great love for being creative. From a young adult she developed a love for sewing and went on to become a great seamstress. In her later years she made a business out of sewing and alterations.

Danita is preceded in death by her father, Pearly Lee Roddy, her brother, Damon Lloyd Coleman, and her son, Devaunte "Will Will" O'Neal.

To send flowers to the family or plant a tree in memory of Danita Chevon Roddy (Roddy), please visit our Heartfelt Sympathies Store.

Receive notifications about information and event scheduling for Danita

There are no events scheduled. You can still show your support by sending flowers directly to the family, or planting a memorial tree in memory of Danita Chevon Roddy (Roddy).
Visit the Heartfelt Sympathies Store

We encourage you to share your most beloved memories of Danita here, so that the family and other loved ones can always see it. You can upload cherished photographs, or share your favorite stories, and can even comment on those shared by others.

Posted Apr 28, 2020 at 10:20am
We will miss Danita's praising her Lord with that wonderful voice and joining us in Bible Study at the Monroe Street Neighborhood Center. How much she loved her children! Our prayers go with the family, as Jesus does. ......
Sue Thayer and friends at Monroe Street Church
Comment Share
Share via:
DS

Posted Apr 27, 2020 at 10:02am
It's all over and she shall wear her crown. To the children it does not get easy when one loses their mother though it gets livable. Chicken lady shall never be forgotten and I know she's at peace. I know she has no more pain no more diabetes no medical problems at all. No more broken heart it has all been cured because she's in God's hands he has wrapped his arms around her and she's telling her story how she made it over. And what a story she's telling the angels they had to make more room. Know my prayers and my praises are with you.
Comment Share
Share via:
JL

Posted Apr 26, 2020 at 12:51am
My Condolences to The Family of Danita..... She and I went to School together. She was SOo, much FUN to be around! Her Smile and Laughter will be Missed.~Jan Labiche
Comment Share
Share via:

Posted Apr 23, 2020 at 11:54pm
Merlin and I would like to send a prayer of comfort to the family. Lord touch their hearts with your mighty hand in this hour in Jesus name⚘
Comment Share
Share via:
LO

Posted Apr 23, 2020 at 09:04am
To our family, we are praying the Comforter to come knowing we will see Mom again some day.
Love,
Demetriuse and Leticia Overton.
Brenda's youngest son and Daughter in Law.
Comment Share
Share via: 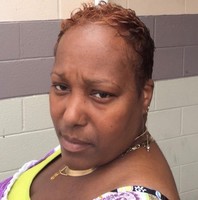