To share your memory on the wall of Cynthia Hicks-Noble, sign in using one of the following options:

Print
Cynthia Hicks-Noble, who was affectionally known as “Cindy” was born in Toledo, Ohio on October 7, 1953 to Alex Hicks Sr. and Eddie Mae Hicks. She passed from this life to eternal rest on September 9, 2020.

Cynthia graduated from Sco... Read More
Cynthia Hicks-Noble, who was affectionally known as “Cindy” was born in Toledo, Ohio on October 7, 1953 to Alex Hicks Sr. and Eddie Mae Hicks. She passed from this life to eternal rest on September 9, 2020.

Cynthia graduated from Scott High School, and went on to pursue her college education at Stautzenbeger college. Cynthia was employed at the Diamler Chrysler Jeep Factory, where she worked for several years. Known for her love for “family”. Cynthia enjoyed spending time with her grandchildren, and she will be remembered for telling hilarious jokes of childhood memories at all of the family functions. Cynthia will be forever remembered for her love, and great sense of humor.

Cynthia made her confession in Christ at an early age, at New Home Missionary Baptist Church in Toledo, OH, under the Pastorate of Reverend L.F Perryman. Cynthia continued her service to the Lord at New Hope Church under the Pastoral leadership of Pastor Oatis Jones.

To send flowers to the family or plant a tree in memory of Cynthia Hicks-Noble, please visit our Heartfelt Sympathies Store.

Receive notifications about information and event scheduling for Cynthia

We encourage you to share your most beloved memories of Cynthia here, so that the family and other loved ones can always see it. You can upload cherished photographs, or share your favorite stories, and can even comment on those shared by others.

Posted Sep 17, 2020 at 02:10pm
Praying for comfort, strength and the courage for you and your family to face the days ahead with loving memories to forever hold in your hearts.

Rose Romanesque was purchased for the family of Cynthia Hicks-Noble. Send Flowers

Posted Sep 15, 2020 at 01:19pm
May your heart find comfort knowing that your love one is at home with the Lord
Love Gwendolyn E .March Jones & Family
Comment Share
Share via: 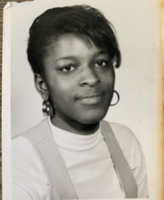 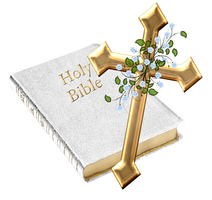