To share your memory on the wall of William Reed, sign in using one of the following options:

Print
William (Billy) Haralson Reed 57, He exchanged earthly life for eternal joy on May 7, 2020 at his childhood home surrounded by his loving family. William (Billy) was born April 17, 1963 in Toledo,Ohio to William F. and Vera Jean Reed.

Go... Read More
William (Billy) Haralson Reed 57, He exchanged earthly life for eternal joy on May 7, 2020 at his childhood home surrounded by his loving family. William (Billy) was born April 17, 1963 in Toledo,Ohio to William F. and Vera Jean Reed.

God saw the road was getting rough, the hill hard to climb, God saw Billy getting weary; So He did what He thought best, God came and stood beside him, He gently closed Billy's loving eyes, As He whispered, "Peace be Thine my beautiful child...Come Home and Rest" The weary hours, the days of pain, the sleepless nights are passed, The ever patient worn-out frame has found sweet rest at last.

Billy attended Bowsher and Cardinal Stritch High School Toledo, Ohio At the age of eighteen Billy's first driving job was for Reed Trucking Co. In a Semi that his father built for him. Billy had numerous truck driving jobs during his life. Omni Source, Jerry Bibbs Trucking, Sam Earl Trucking, Jeff Boykins, Bobby Howard. Billy was employed by Truck Vision of Toledo,Ohio at the time of his untimely death.

During Billy's time with us, he brought his own truck and named his business Bad Boy Express. Billy was a avid CB operator with the handle Crapshooter. Later he became known worldwide as Brother Bill.

To send flowers to the family or plant a tree in memory of William Haralson Reed, please visit our Heartfelt Sympathies Store.

Receive notifications about information and event scheduling for William

Rodney and Cleora Alexander and Family sent flowers to the family of William Haralson Reed.
Show you care by sending flowers

Posted May 16, 2020 at 10:17am
Vera, you have my deepest condolences on the passing of your son. Praying for you and family that God will continue to wrap his loving arms around you during this time. Love you and miss seeing you.🙏🏾❤️
Comment Share
Share via:
GJ

Posted May 15, 2020 at 05:02pm
May your heart find comfort knowing that your love one is at home with the Lord
Love Gwendolyn E.March Jones & Family
Comment Share
Share via:
RF

Rodney and Cleora Alexander and Family

Posted May 14, 2020 at 11:52am
Our heartfelt condolences, thoughts and prayers are with you. May the peace of God strengthen and comfort you during this difficult time . Much love,

Rodney and Cleora Alexander and Family purchased flowers for the family of William Reed. Send Flowers

Flowers were purchased and a memorial tree planted for the family of William Reed. Send Flowers 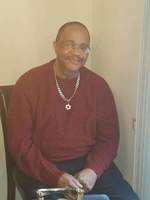