To share your memory on the wall of William Gordon, sign in using one of the following options:

As his life went on, he met many people and did many things but he finally rededicated himself to Jesus Christ in 2010. He found peace under the guidance of his best friend, Servant Jerome Brooks, who preceded him in death on July 20, 2020, at the Church of the Living God The Pillar and Foundation of the Truth in Holland, Ohio. Billy was excited about God’s word and would speak of the goodness of God to all those he was around. Rather it was at bible study in the senior living building where he resided, family/friends or the MC Bros…he just wanted us to know God as he did. He had his challenges but he knew how to ask God for forgiveness throughout his struggles. To God Be The Glory…He Was Saved!

Billy held numerous jobs as a bouncer at different clubs, a grocery store handler at Family Foods for many years; and being a solider with the Side Kick Motorcycle Club for 40+ years. He also frequent other MCs throughout Ohio, Detroit, MI and other cities/states.

Big Shoe was a loving, stubborn, straight talking, will put his ‘BIG SHOE’ down on you type of person; and would argue you down when he felt he was right about anything! But, he did it out of love and protection or he felt HE WAS RIGHT no matter how you came back at him.

William was preceded in death by his grandparents (paternal) Arthur and Eura Gordon and (maternal) Ruby Crawford and William Miller; his father, Reverend William L. Gordon, Sr., sister, Damita Jo Gordon, brothers; Stephen (Ice) Brown and Orlando Gordon; and his very Special Aunt Cora Allen as well as a number of uncles and aunts on both parents sides.

To send flowers to the family or plant a tree in memory of William L. Gordon Jr., please visit our Heartfelt Sympathies Store.

Receive notifications about information and event scheduling for William

Guaranteed hand delivery by a local florist
B

Posted Sep 17, 2020 at 06:12am
My condolences to the Gordon family, my prayers are with you in your time of loss, I will continue to pray for the family
Comment Share
Share via:
IR

Posted Sep 16, 2020 at 02:06pm
To the family condolences to all of you. My prayers and thoughts go out to you. Cousin Idella Reid
(Mitchell) Love you.
Comment Share
Share via:
B

Posted Sep 11, 2020 at 05:15am
My sincere condolences goes out to the family, I will continue to pray for yell in this time of loss
Comment Share
Share via:
GJ

Posted Sep 10, 2020 at 10:19pm
May your heart find comfort knowing that your love one is at home with the Lord
Love Gwendolyn E.March Jones & Family
Comment Share
Share via:
JS 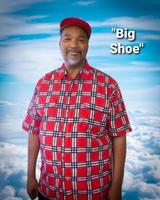 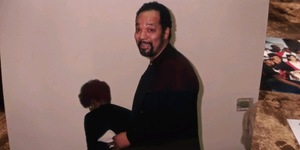