To share your memory on the wall of William Bowman, sign in using one of the following options:

William loved his mother so much he would protect her with everything he had even when he didn't feel his best.

William battled with Sickle Cell but he never let it define him or what he was destined to be. He was a better version of himself to not be recognized as a person with Sickle Cell. He was a warrior, and an unbelievable spirit who will help anyone. He loved his family dearly and spent a lot of time with his grandmother (Elizabeth) and always kept her company.

Grandmother; Elizabeth Johnson from Toledo Ohio, Proceded in death Grandmother; Alice Johnson and Favorite Cousin who was like a brother to him; Tagarious Brock.
Read Less

Plant a Tree in Memory of William
Plant a tree 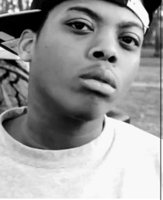