To share your memory on the wall of Waymon Baucom, sign in using one of the following options:

Provide comfort for the family of Waymon Baucom with a meaningful gesture of sympathy.

Waymon moved to Toledo in October 1966 and attended Gunckel Elementary & Libbey High School. After graduating from high school he enlisted in the United States Air Force during the Vietnam War era. Waymon met Christina White who was visiting Toledo from Sidney for the summer. Later they united in Holy Matrimony on March 30, 1972.

After serving in the military, Waymon began working at American Can Company where he was a forklift driver and served as a union representative. He was also employed with the City of Toledo before being forced to retire early due to health issues.

Waymon loved spending time with his family, especially his grandchildren and taking his mother to family reunions or visiting her siblings in various states. On every trip they would stop to visit Chris’ family. He was an avid Rhythm & Blues fan and also enjoyed fishing, hunting and riding motorcycles. Waymon was affectionately known as the family’s handyman, mechanic, and Uber driver before “ubering” was a paid job. He also had a deep passion for baseball. Waymon’s passion was so great that he played in the right field on the family’s softball team, The Stinging Bees. The team participated in the Toledo Division of Parks and Recreation Co-ed League.

To send flowers to the family or plant a tree in memory of Waymon Neal "Neal Baby" Baucom, please visit our Heartfelt Sympathies Store.

Receive notifications about information and event scheduling for Waymon

There are no events scheduled. You can still show your support by sending flowers directly to the family, or planting a memorial tree in memory of Waymon Neal "Neal Baby" Baucom.
Visit the Heartfelt Sympathies Store

We encourage you to share your most beloved memories of Waymon here, so that the family and other loved ones can always see it. You can upload cherished photographs, or share your favorite stories, and can even comment on those shared by others.

The Thurman Family and Askia Shaheer and Family have sent flowers to the family of Waymon Neal "Neal Baby" Baucom.
Show you care by sending flowers

Posted May 13, 2020 at 04:32pm
Waymon, we will always remember your smile, your eyes and the warm acts of kindness shown to us especially to me as a child. Although, you're not physically here with us, you will always be in our hearts. Until we meet again Big Brother, rest in peace and know we will always love and miss you dearly.

Deborah Ann and the Thurman family.

Posted May 13, 2020 at 11:41am
Waymon and his family were good neighbors for the many years we lived on Upton. Mike affectionately called him "Doc". In the Bible Jehovah God promises to end Death at Revelation 21:4 , and Lovingly promises a resurrection of are dead loved ones. Are Deepest Sympathy to the Family.

The Thurman Family purchased flowers for the family of Waymon Baucom. Send Flowers 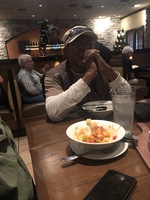 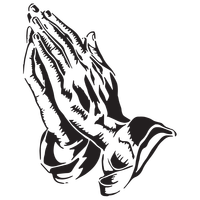