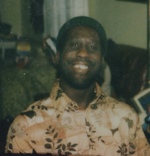 Urel attended Scott High School and was a Tool and Die worker for many years. Urel was everybody’s favorite brother, uncle, cousin and friend. He was a kind man with a gentle soul. Although Urel’s loud voice and infectious laugh have been silenced, they will forever be present in our memories.

He is survived by his daughter, Delories Galloway, sons Urel Galloway Jr. (Renita Martin) and James Galloway, sisters Towanna (Marvin) Mars and Carmen Gibson, 5 grandchildren and a host of relatives and friends.

A memorial service will be held at House of Day Funeral Services 2550 Nebraska Ave. Toledo, OH on Saturday May 30th, 2020 at 6pm.