To share your memory on the wall of Terry McCoy, sign in using one of the following options:

Provide comfort for the family of Terry McCoy with a meaningful gesture of sympathy.

Terry had a passion for singing and was a part of the group called "THE ELUSION” which was one of the hottest groups in Toledo, Ohio during the 70s. Terry gave his life over to Christ and was a member of the praise and worship team at Mt. Pilgrim Church.

Terry was proceeded in death by his father Benny Sullivan Sr.

Due to COVID-19 services are private and limited to immediate family members. However services will be live streamed on The House of Day Facebook page and at houseofday.com
Read Less

To send flowers to the family or plant a tree in memory of Terry McCoy Sr., please visit our Heartfelt Sympathies Store.

Receive notifications about information and event scheduling for Terry

Posted Apr 06, 2020 at 08:40am
Our thoughts are with you during your time of sorrow. Our deepest sympathy for your loss. "Once a Bulldog, always a Bulldog"
Comment Share
Share via:

Posted Apr 03, 2020 at 11:41am
My family and I send our condolences to the McCoy family. Love you all.
My God continue to watch over your family and entire world during these challenging times.

Posted Apr 02, 2020 at 02:21pm
On behave of the entire Rome Family, we would like to offer our most sincere condolence to you and your family on the lost of your beloved mother. Our prayer is that the Lord our God, by the Power that is in Christ Jesus give you the strength to endure during this most difficult hour. As you are believers in the Word of God, you can take comfort in knowing your mother is resting comfortably in the arms of the Messiah. May the Grace of God comfort, lead, guide, and keep you all. Because of Christ, The Rome Family.
Comment Share
Share via:
G

Posted Apr 01, 2020 at 08:15am
May your heart find comfort knowing that your love one is at home with the Lord
Love Gwendolyn E.March Jones & Family
Comment Share
Share via: 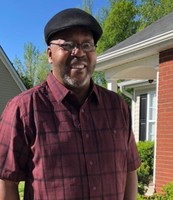 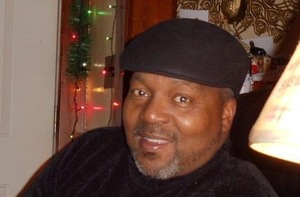