To share your memory on the wall of Telayah Hughes, sign in using one of the following options:

Print
Telayah Kyatto Hughes, affectionately called "Cheeks" by her family, was born May, 25 2000 to Tellus and Alake Hughes. She departed this life on March 8th, 2020.

Telayah accepted Christ at Friendship Baptist Church. She and her family ... Read More
Telayah Kyatto Hughes, affectionately called "Cheeks" by her family, was born May, 25 2000 to Tellus and Alake Hughes. She departed this life on March 8th, 2020.

Telayah accepted Christ at Friendship Baptist Church. She and her family later joined Mt. Pilgrim Church where she was a member of Joyful Noise, and later rededicated her life to Garden of Prayer.

Telayah attended Rogers High School, but later transferred to E.L. Bowsher High School. She was very athletic. She played basketball, and was a track and field athlete. As a track and field athlete, she ran the 100 meter dash, and 200 meter dash, but it was the pole vault that would earn her a full-ride scholarship to William Penn University. While there, she had dreams of becoming a surgeon. Subsequently, she developed a desire to enlist in the United States Navy with hopes of serving her country.

Telayah was employed by ABC Healthcare. She enjoyed life, her family, and friends. Her contagious energy and smile would always be felt by those in her presence. She had the greatest bond with her little sister, Tellissa, and they would often be seen playfully being silly and mistaken for twins. The love they shared could never be measured.

Telayah had a love for tennis shoes and her feet would often be adorned with the latest Jordans and other sought after brands. She was just starting to embrace her girly-girl side, by recently purchased her first high-heeled shoes, and hoop earrings.

We encourage you to share your most beloved memories of Telayah here, so that the family and other loved ones can always see it. You can upload cherished photographs, or share your favorite stories, and can even comment on those shared by others.

Posted Mar 17, 2020 at 07:46pm
To Alaka and family,
Dejah and I was so very sorry to hear about Telayah untimely passing. We will continue to keep all of you in our prayers. Telayah may you have peace in the arms of our Heavenly Father.

Posted Mar 17, 2020 at 09:50am
My heart is heavy as I try to make sense of something like this. I remember how blessed you felt throughout your pregnancy concerned about everything and eagerly awaiting the arrival of your beautiful baby girl Telayah. Alaka our prayers and condolences are with you and your family.

Posted Mar 16, 2020 at 09:24pm
There are no words that can express how sorry we are for your loss. You have the hearts and prayers of the entire Barnes family. God Bless!

Keith Gilmore and Family purchased flowers for the family of Telayah Hughes.

The Nelson Family (Toledo Ohio) purchased flowers for the family of Telayah Hughes. 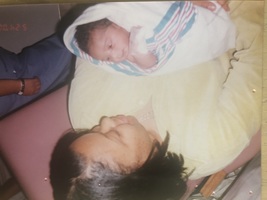 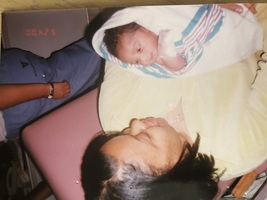