To share your memory on the wall of Sylvester Pettaway, sign in using one of the following options:

Provide comfort for the family of Sylvester Pettaway with a meaningful gesture of sympathy.

Sylvester was a Combat Army Veteran, serving from 1943 to 1946, seeing action in the South Pacific.

He confessed his faith in Christ and was baptized at the Inspirational Baptist Church. Later, he joined and became a faithful member of Greater St. Mary Baptist Church. He served for 17 years, until his passing.

Sylvester worked for Rossford and Erie Ordinance Depot's until they closed. He retired from an Army Depot in Detroit after 30 plus years.

We encourage you to share your most beloved memories of Sylvester here, so that the family and other loved ones can always see it. You can upload cherished photographs, or share your favorite stories, and can even comment on those shared by others.

Posted Jan 28, 2020 at 04:35pm
To the family and friends of Sylvester Pettaway :I express my condolences and sorrow for the passing of Sylvester. God wanted a special flower for His bouquet. So He decided to pick Sylvester. We praise God for doing all things well. See you on the other side my brother!!! Yours in Christ, Deacon F. Mason
Comment Share
Share via: 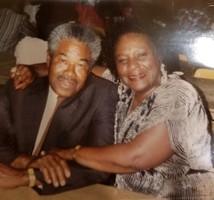