To share your memory on the wall of Steven Williams, sign in using one of the following options:

Steven accepted Christ at a young age as his Lord and Savior. He was raised at Bibleway Church and was a part of the music ministry for many years. He later became a member of the River of Life Church under the pastorate of Bishop John Williams.

Steven was an avid writer and lover of music. Writing and composing several songs, one of his most favorites was “Only What You Do for Christ Will Last.”

Steven loved traveling; living in Washington DC, Phoenix Arizona, and Los Angeles, California. He was the manager for Long Beach Hot Wings, the first hot wing station in that area. In addition, he worked for his uncle Leonard Taylor’s business, in maintenance, at Taylor Janitorial.

Steven enjoyed spending time with his family. He was loving and his generosity was second to none. He was known to keep you laughing. He saw the beauty in everything and everyone.

He was preceded in death by his father, James Milton Williams.

We encourage you to share your most beloved memories of Steven here, so that the family and other loved ones can always see it. You can upload cherished photographs, or share your favorite stories, and can even comment on those shared by others.

Posted Jan 16, 2020 at 08:21pm
TO BE ABSENT FROM THE BODY IS TO BE PRESENT WITH THE LORD..WITH THAT BEING SAID,MAY YOU ALL FIND COMFORT & PEACE KNOWING BeBe IS IN THE ARMS OF THE LORD...MUCH LOVE & MANY BLESSINGS TO YOU ALL...COOKIE POTETE-HOLSTON..🙏🏽💙
Comment Share
Share via:
WM 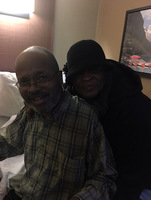 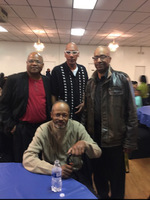