To share your memory on the wall of Shirley McGhee, sign in using one of the following options:

For nearly 40 years, she was employed at Libbey Glass. Over the years, the extended family anticipated what type of glass she would send for birthdays and holidays. Those glasses included bi-centennial glasses in red, white and blue; beer steins with a woman's silhouette; and glasses in various shapes and unique colors. In addition to special gifts from her employer, she was a masterful knitter and provided blankets and baby clothes for the birth of babies in the family and special occasions such as graduations. She was a master chef, no matter the dish you wanted more. As a long time Baltimore resident, she could not survive without the Maryland blue crab. When she arrived at the airport, a cooler of crabs accompanied her in the back seat as she traveled to see relatives and a cooler joined her as she traveled back home. She had a sense of humor like no other and an infectious laugh that lit the room. If she gave you a nickname, it was a term of endearment.

She departed this life on August 12, 2020. She leaves to mourn her brother Donald McKnight and two sisters Jacqueline (James) Nealy and Betty (Clarence) Baynes. In addition to her children and her siblings, she leaves behind six grandchildren and they are Myron McKnight, Kelsey Glover, Kyle Glover, Ebony McKnight, Jessica Krug, Ronae' Poindexter, Kaiya McGhee and her last surviving uncle Robert (Elizabeth) Butler. In her final days, Teresa Miles served as an extraordinary caregiver and was of great support to the family. There are a host of great¬grandchildren and other relatives that she leaves behind to cherish her memory.
Read Less

To send flowers to the family or plant a tree in memory of Shirley Jean McGhee (McKnight), please visit our Heartfelt Sympathies Store.

Receive notifications about information and event scheduling for Shirley

Posted Aug 21, 2020 at 06:43pm
With deepest sympathy, in my thoughts and prayers ~ Carrieann Tackett

Posted Aug 21, 2020 at 03:00pm
You will truly be missed Auntie Shirley. Love LaTonia Duncan and the Nealy Family

Flowers were purchased for the family of Shirley McGhee. Send Flowers

Posted Aug 21, 2020 at 01:25pm
May your heart find comfort knowing that your love one is at home with the Lord
Love Gwendolyn E.March Jones & Family
Comment Share
Share via:
GM

Posted Aug 20, 2020 at 05:57pm
TO THE FAMILY OF SHIRLEY MCGEE. YOU ALL ARE IN MY PRAYERS. AND HAVE MY DEEPEST SYMPATHY. SHE WAS A WELL LOVED PERSON TO A LOT OF PEOPLE. SHE WILL BE GRAVELY MISSED. GRACE BLACKSHEAR MCCOWN
Comment Share
Share via:
T

Dear Auntie, I’m still in disbelief but have solace in knowing that your in a better place now & that God has the finally say. Gone but never forgotten. Love, Tonia 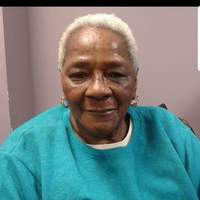 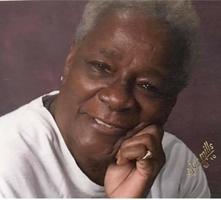