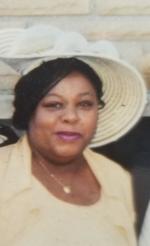 Rosemary Holmes, 66 of Toledo Ohio, suddenly passed in Advance Specialty Hospital on 1/7/2020, where she was undergoing health rehab services.
Rosemary was born on December 30, 1953 in Huntington, West Virginia to the union of William and Eleanor (Mitchell) H. Holmes.
She was a proud graduate of the Libbey High School Cowboys class of 1971. Rosemary dedicated 42 years of service as a supervisor for Libbey Glass Corp. retiring in 2015 and was a staunch advocate for the USW Local 700T Labor Union. She held the honor of serving on the Mother’s Board of the historic Mt. Nebo Baptist Church and served as a missionary for Citywide Missionary in Toledo, OH.
Rosemary was a devoted mother, grandmother, sister, aunt, and friend. She adored her daughter and grandchildren dearly.
She enjoyed playing bridge with her bridge club Imperial Lights. Bowling, with her bowling league Dunbar Elk and was fond of fishing.
Rosemary, “The Life of the Party” was a social butterfly. She left impressionable memories amongst everyone she came in contact with.
She is preceded in death by parents William Howard Holmes and Eleanor Mitchell Holmes. Sisters, Carol Ann Holmes, Robin Fuller. Brothers, William, Lonnie, and Robert Holmes. All of Toledo Ohio.
She leaves to cherish fond memories to her daughter Tonya Holmes, grandsons David and Daemon McClain, granddaughters Dasmin McClain Rickia Holmes, great granddaughter Nevaeh Ross, sisters Cynthia Anderson, Constance (William) Mumford, Linda (Eugene) Ogburn and a host of nieces, nephews, other relatives and friends.