To share your memory on the wall of Robert Newton, sign in using one of the following options:

Robert was a graduate of Rogers High School. He served in... Read More
Robert Leroy Newton, A.K.A. Rock, Rocky, Hoppy and Bob, passed away on January 27, 2020, at the age of 73. He was born September 4, 1946, to Robert Newton and Rose Newton-Stewart.

Robert was a graduate of Rogers High School. He served in the United States Air Force, where he was later honorably discharged. In 2007, he retired from BP Oil Refinery, after 30 years of service. He was an avid bowler, bowling in numerous leagues. Aside from bowling, Robert was a huge Detroit Pistons fan, a die hard Ohio State Buckeye fan, and he also loved golf.

Previously, he was an ordained deacon at Mt. Pilgrim Baptist Church. He was a current member of Walk the Word Ministry, under the leadership of Pastor Timothy Pettaway.

We encourage you to share your most beloved memories of Robert here, so that the family and other loved ones can always see it. You can upload cherished photographs, or share your favorite stories, and can even comment on those shared by others.

Posted Feb 02, 2020 at 07:46pm
Rocky was our neighbor....he developed a relationship with our family over the years...even came to support our son at his basketball games. We will miss the “yard” conversations....he took great care of his yard and we will miss seeing him out there.
Comment Share
Share via:
T

Posted Feb 02, 2020 at 02:12pm
Rocky was my neighbor for a number of years although I didn't know him well he was always smiling and waving at me while he was working in his yard .
He will be greatly missed.
Comment Share
Share via:
HS

Posted Jan 30, 2020 at 02:17pm
Please accept our most heartfelt sympathies for your lossour thoughts are with you and your family during this difficult time. With love from GMP 59M

Sweet Tranquility Basket was purchased for the family of Robert Newton.

Posted Jan 30, 2020 at 11:23am
Sending my condolences to Angie, and my brothers and sister, Kyle, Terrance, and Lisa. I'm sorry I can't be with you, but know that you are in my heart, my thoughts, and my prayers during your time of bereavement.
Comment Share
Share via:
GJ

Posted Jan 30, 2020 at 10:34am
May your heart find comfort knowing that your love one is at home with the Lord
Love Gwendolyn E.March Jones & Family
Comment Share
Share via: 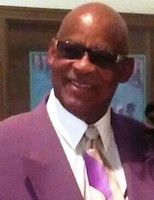