To share your memory on the wall of Quitman Ransey, sign in using one of the following options:

Quitman Ransey was born to the union of Mack and Myrtle Lee (Agnew) Ransey on May 6, 1930 in Guntown, Mississippi.

Drafted into the military, Quitman served a tour of duty in Okinawa during the Korean conflict. He was honorably discharged from the U. S. Army in 1952. While serving in the military, Quitman Ransey met and married his forever bride, Marie Thompson. Praying, counseling, teaching and visiting the sick, together they fought the good fight of faith over 58 years. Taking up the solo mantle after the passing of his wife, Dec. Quitman stayed the course of service on the battlefield for the Lord until recently when his health declined.

Deacon Quitman was honored several times for his unparalleled longevity serving as a active deacon for more than 70 years in the Church of the Living God Pillar and Ground of the Truth. He was known for encouraging the saints with his jubilant voice, singing, praising and helping the preacher preach.

The Ransey house was quite often filled with song initiated by Deacon Quitman. The family would quickly join in to the amazement of guests. Deacon Quitman was a diligent and consistent man with a quick wit and great sense of humor who enjoyed the company of others. He loved to work, and was employed many years as a laborer in manufacturing, also serving as a union steward eventually retiring from Dura Corp. He owned and operated M.P. Ransey Trucking Company, often working two or three jobs to support his family. Still, it was nothing for him to round up his children along with cousins and children from the neighborhood for trips to Walbridge Park. He loved watching and participating in sports. He especially loved bowling, proudly earning two 299 Championship rings.

In retirement, he enjoyed working out of doors cutting grass and landscaping. Yet what many say they remember most about him is how he was a highly respected role model, the embodiment of Christian principles and precepts. In essence he was a walking testament to the faithfulness of God. He was often quoted
as saying:

We encourage you to share your most beloved memories of Quitman here, so that the family and other loved ones can always see it. You can upload cherished photographs, or share your favorite stories, and can even comment on those shared by others.

Posted Feb 08, 2020 at 08:31am
May your heart find comfort knowing that your love one is at home with the Lord
Love Gwendolyn E.March Jones & Family
Comment Share
Share via:
D

Posted Feb 07, 2020 at 10:00am
Dear Linda and Family,
So sorry to hear of your loss. As we know, God watches over us and hears us when we pray. May He be very near to give you strength and comfort you. May He bless and keep you within His loving care and may it help you just to know that He is always there. With our deepest sympathy and love.

Posted Feb 05, 2020 at 08:56pm
With deepest sympathy and heartfelt condolences. May God's love, peace and blessings comfort you during this time of loss and always.

Posted Feb 04, 2020 at 10:19pm
Our deepest sympathy to the family of Deacon Quitman. The world is a better place because he passed through it. Love to the family! 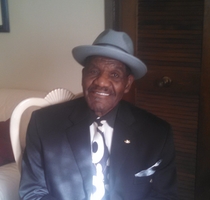 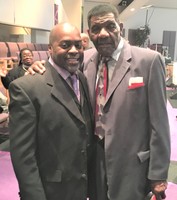