To share your memory on the wall of Plumer Washington, sign in using one of the following options:


Plumer Mae Washington, age 91, passed away surrounded by her family on Friday, December 13, 2019. Affectionately known as, Mae, born in Sunshine, Arkansas, on August 27, 1928, she was the second daughter to Elizabeth Summerville and John D. Washington.

Mae met Henry Greely, and they joined in holy matrimony in 1944, in Sunshine, Arkansas. To this union, ten children were born.

Mae, first and foremost, was a mother to ten vibrant children. She worked several jobs, including Stewart’s Band Box and Adams Cleaners, in the 1960s until she and her husband became entrepreneurs, owning a gas station, a restaurant, and a dry cleaner. She later moved to San Francisco, California with her mother and sister Susie Ann where she joined Third Baptist Church and loved singing in the Cathedral Choir, worked for San Francisco Unified School District in food services, and as a healthcare provider for the elderly. She was a community mother to many families in her neighborhood. Mae loved spending quality time with her family, whether it was on cruises or at family reunions, she enjoyed cooking for her family, was a professional at playing bingo and was always, asking “Where're the Jacksons?” Mae took pleasure in listening to music, especially gospel. She was a giving person with a caring heart and adored her grand, great, and great-great-grandchildren. She was a very loyal member of both her church family and Mother’s Board at St. Mark Baptist Church for many years until she became ill and could no longer attend.


“ 2 John: 1The elder, To the lady chosen by God and to her children, whom I love in the truth —and not I only, but also all who know the truth — 2 because of the truth, which lives in us and will be with us forever: In Jesus Name, Amen! New International Version (NIV).”
Read Less

We encourage you to share your most beloved memories of Plumer here, so that the family and other loved ones can always see it. You can upload cherished photographs, or share your favorite stories, and can even comment on those shared by others.

Flowers were purchased for the family of Plumer Washington.

Posted Dec 17, 2019 at 10:20pm
Growing up on Fernwood she was like a second Mother to us kids. I remember one winter she even joined the kids in a snow ball fight. God has called another Angel home .R.I.P Mother Mae
Comment Share
Share via: 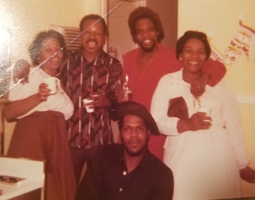 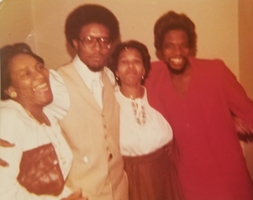