To share your memory on the wall of Philip Cunningham, sign in using one of the following options:

Provide comfort for the family of Philip Cunningham with a meaningful gesture of sympathy.

Philip became an avid photographer, helped to organize and DJ various events, and met many prominent figures of the time; including members of Parliament Funkadelic and James Baldwin. Philip spent two decades as a mentor and a connector, eventually, becoming a regional expert on career development and self-sufficiency. He enjoyed roles that connected people to jobs and opportunities. In his later years, Philip spent his time growing into his new role as grandparent. Philip originally grew up attending Third Baptist Church with his grandmother where he gained his primary relationship with Jesus. He also became a deacon at the church. In later years, he became a member of Cornerstone Church where he attended the Global School of Ministry and he obtained his certificate in Marketplace Ministry. He was also a “Cornerstone Crew” member and a part of the photography team.

Philip believed in people. He encouraged everyone he met to follow their dreams and to see the world. He had the unique ability to see potential in everyone. Philip loved his family. He was extremely proud of his sons for becoming the men that they are. Philip cherished his friends. Philip was also a founding member of The NETT (a monthly networking event in Toledo, OH) that ran from 2007-2011, which led to the conception of “419 Day,” a celebration of Toledo.

Philip was preceded in death by both parents. He is survived by his devoted wife, Donna Cunningham, his brother Joshua Carter, and three sons, Philip (Shanon), Joshua (Priscilla) and Malcolm Cunningham, his stepdaughters Deonna Gregory and Erika Frazier, three grandchildren, and a host of loving relatives and friends.

The family would like to thank the Men’s Connect Group from Cornerstone Church for their kindness and compassionately spending time with Philip on a regular basis. He loved them and always looked forward to the visits.
Read Less

We encourage you to share your most beloved memories of Philip here, so that the family and other loved ones can always see it. You can upload cherished photographs, or share your favorite stories, and can even comment on those shared by others.

Deepest Sympathies sent flowers to the family of Philip Cunningham.
Show you care by sending flowers

Posted Oct 28, 2019 at 03:44pm
Phil, our thoughts and prayers are with you. Wishing your family comfort in this time. --Mayerson Academy Team

Flowers were purchased for the family of Philip Cunningham. Send Flowers

Flowers were purchased for the family of Philip Cunningham. Send Flowers

Posted Oct 26, 2019 at 08:00am
Philip (Philly Dog) will be sadly missed by all who knew him. He will always be a Sigma brother (Phi Beta Sigma Fraternity Inc.) When at Bowling Green State University we were young and had a lot of fun. Until we meet again may "God Bless a true Sigma Man". Also to the Cunningham family please know that you will be blessed as the days pass. 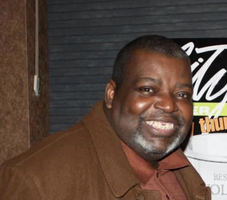 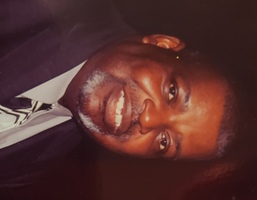 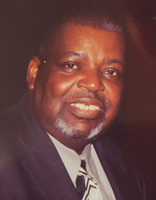