To share your memory on the wall of Pete Lyle, sign in using one of the following options:

Print
Pete Lyle, Jr. transitioned on Monday, July 20, 2020 at the age of 95. He died peacefully at home with his beloved wife and family.

Pete was born in Clarksville, Tennessee on April 10, 1925 to father Pete Lyle, Sr. and mother Julia Gho... Read More
Pete Lyle, Jr. transitioned on Monday, July 20, 2020 at the age of 95. He died peacefully at home with his beloved wife and family.

Pete was born in Clarksville, Tennessee on April 10, 1925 to father Pete Lyle, Sr. and mother Julia Gholson Lyle. The second youngest of eight children, he came from very humble beginnings. He often told stories about attending school at Mount Pisgah, which was also their church. He loved to reminisce about learning reading, writing, and 'ritmatic. We've all heard him say, "I don't know math, but I know 'rithmatic. If you have more going out than you have coming in, that's a problem."

While Pete's formal education ended before the eighth grade, his upbringing made him astute regarding life. He was sharp, witty, and resilient. He considered himself a survivor. Some considered him a pioneer.

Pete migrated to Toledo, Ohio in 1946, carrying the contents of his life in a pillowcase. From that pillowcase and his personal drive, Pete went on to become a mainstay in Toledo. In 1964, he became the owner of the Blum Street Café. After 50 years with no complaints, the corner of Blum and Hoag was dedicated, in his honor, as Pete Lyle, Jr. Corner. He was also a founding member or sponsor of the Inner-City Pool League, the Inner-City Car and Motorcycle Club, and the Gypsy Angels Motorcycle Club. In addition to these endeavors, Pete worked for Rossford Army, Erie Army Depot, and TextileLeather (GenCorp), from which he retired in 1988.

Pete was preceded in death by his parents and by his siblings Zelma, LeRoy, Daisy, Glenzetta, Lucille, Vestoria, and Lesley. He is survived by his wife of 42 years, Eva (Snodgrass) Lyle; children Duane Snodgrass, Tyrone Snodgrass, Sr., and Chinina (Bobby) Cooper; grandchildren; special cousin, Leonia Lyle; and a host of family and friends.
Read Less

To send flowers to the family or plant a tree in memory of Pete Lyle Jr., please visit our Heartfelt Sympathies Store.

Receive notifications about information and event scheduling for Pete

Print
Due to COVID-19 Services are private

We encourage you to share your most beloved memories of Pete here, so that the family and other loved ones can always see it. You can upload cherished photographs, or share your favorite stories, and can even comment on those shared by others.

Stacy Macklin, Bruce and Stephanie Hulbert, and other have sent flowers to the family of Pete Lyle Jr.
Show you care by sending flowers

Posted Jul 26, 2020 at 10:06pm
To Eva and rest of family I can only say we are so sorry for your lost. We had wonderful times at the cafe and good times will always remain in my heart. May God be with you all in this time of sadness. Jimmy and Patty Lloyd.
Comment Share
Share via:
SM

Posted Jul 26, 2020 at 05:25pm
To Chinina and family with sympathy, thinking of you in these difficult times and sending our love and prayers. Love, Stacy, Tracy, & Mary Murray

Posted Jul 24, 2020 at 10:38am
As you grieve know that we are remembering you and honoring the memory of your father. Sending you love and strength.

Flowers were purchased for the family of Pete Lyle. Send Flowers 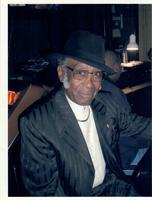