To share your memory on the wall of Nedra Watson, sign in using one of the following options:

Nedra shared a child with Willie Jefferson. This child was, Eric Nathaniel Jefferson. She also fostered many
ch... Read More
Nedra Diane Watson was born on June 4th, 1945 in Detroit Michigan to the late Nathan Watson and Annie
Mae Watson.

Nedra shared a child with Willie Jefferson. This child was, Eric Nathaniel Jefferson. She also fostered many
children throughout her life. One child she fell in love with and adopted as her own was, Ted Jeffery Watson.
Nedra attended Girls’ Catholic Central High School in Detroit, Michigan. Upon graduating, she attended
Wilberforce University in Wilberforce, OH. During this time Nedra joined the Alpha Kappa Alpha Sorority,
Inc. Nedra continued her quest toward education by attending the University of Toledo, in Toledo, OH. This
is where she received her Master of Education degree in March 24, 1979. This was the beginning of her
teaching career. She taught at Lincoln Elementary and eventually started teaching at Keyser Elementary.
This is where she continued her teaching career for many years until she retired from Keyser Elementary in
April of 1999.

After her retirement, Nedra continued to keep herself busy by working part time jobs and working as a
head usher at her church, Indiana Avenue Missionary Baptist Church. This is where she was a member for
many years.

People everywhere loved Nedra. It almost seemed like there was nothing that she couldn’t do. She bowled,
she ushered, she taught, she planted gardens, she raised two boys to become men, she looked after/
cared for her mother when she became ill. Nedra did it all.

She did all of this until her health no longer allowed her. At this point, her son Eric and wife Renee moved
her and Ted to Columbus, OH to be much closer and for Eric to look after his mom and brother.

Nedra lived in Columbus, OH until the Lord called her home. She will truly be missed by family, friends and
anyone who had the pleasure of knowing her.

Nedra was preceded in death by her parents, Nathan Watson and Annie Mae Watson.

To send flowers to the family or plant a tree in memory of Nedra Diane Watson, please visit our Heartfelt Sympathies Store.

Receive notifications about information and event scheduling for Nedra

We encourage you to share your most beloved memories of Nedra here, so that the family and other loved ones can always see it. You can upload cherished photographs, or share your favorite stories, and can even comment on those shared by others.

Love, Mary Kelley and Barbara and Terry Shirrod and family sent flowers to the family of Nedra Diane Watson.
Show you care by sending flowers

Posted Jul 16, 2020 at 04:07pm
NeNe would affectionately call me KelKel. She and my mom were like sisters. Her laugh, smile, hospitality and generosity were second to none. Her home was always inviting and she loved to shop! So was so excited when I joined the sisterhood of Alpha Kappa Alpha and was always there rooting me on throughout my life. I appreciated all that she was to me, my family and especially the sisterhood she shared with my mother. So now, they will join each other as our angels. Thank you NeNe for such amazing memories!!! I love you 💛

Posted Jul 14, 2020 at 05:28pm
Nedra and I taught together at both Lincoln and Keyser Schools. We met my first year of teaching in 1969 and remained friends throughout the years despite my move to Los Angeles and then to Albuquerque. She made me a better friend, a better teacher, and a better person. My daughters called her "Auntie Nedra" and loved her so very much. I will miss her tremendously. Lovingly,
Barb Grince Shirrod
Comment Share
Share via:
BF

Barbara and Terry Shirrod and family

Posted Jul 14, 2020 at 01:45pm
Mere words cannot express how sad we are at Nedra's passing. May our love as well as the love of others surround you Eric, Renee, and Ted.

Barbara and Terry Shirrod and family purchased flowers and planted a memorial tree for the family of Nedra Watson. Send Flowers 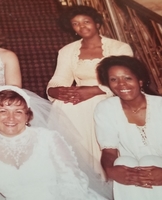 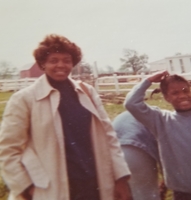