To share your memory on the wall of Myles Wright, sign in using one of the following options:

Provide comfort for the family of Myles Wright with a meaningful gesture of sympathy.

Myles was deeply loved by family and friends. Myles was an avid music lover. He enjoyed playing video games and played soccer and football in his younger years. He had a close relationship with his Uncle Eric Reynolds, who was only 9 months older than him. Myles could never bring himself to call him “Uncle Eric,” but clearly, if anyone would ask their relationship he would say, “that’s my uncle.” Myles made friends very easily. When attending Anthony Wayne High School he had a strong and continuing friendship, with the young men who are his pallbearers today. They maintained a close relationship even after they all graduated. Some of them became his roommates in adulthood. For many of his friends his passing is like losing a “brother.”

Myles’ entire Toledo family grew up under the religious guidance of Bishop Duane C. Tisdale, Pastor of Friendship Missionary Baptist Church. Pastor has presided over marriages and over funerals for most all of Myles’ Toledo family, so his loss runs deep within his church family. Myles’ Great Grandmother, Mary Brooks is still one of the honored Mothers of the church.

To send flowers to the family or plant a tree in memory of Myles Elliott Wright, please visit our Heartfelt Sympathies Store.

Receive notifications about information and event scheduling for Myles

We encourage you to share your most beloved memories of Myles here, so that the family and other loved ones can always see it. You can upload cherished photographs, or share your favorite stories, and can even comment on those shared by others.

Posted May 30, 2020 at 12:52am
Fionne,
When someone you love passes on beyond life in the world that you know and is gone,
a beautiful sense of their presence....like music remembered by heart ...lingers on.
When someone you love finds a wonderful home in a world only Faith can reveal, your MEMORIES
can be like a song in your heart...with the power to comfort and heal. We are praying that GOD will comfort you, uplift your spirit, and carry you through this time of sadness....to a place of COMFORT and PEACE. We share in your sorrow!
With Deepest Sympathy, the Kyser, Collins, and Loyd Families

Posted May 29, 2020 at 07:46am
Please accept our most heartfelt sympathies for your loss... Our thoughts are with you and your family during this difficult time. With Love & Hugs!

Posted May 27, 2020 at 07:35am
May your heart find comfort knowing that your love one is at home with the Lord
Love Gwendolyn E.March Jones & Family
Comment Share
Share via: 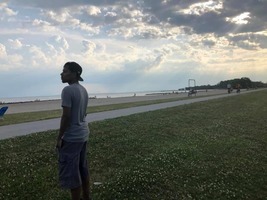 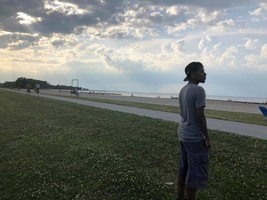 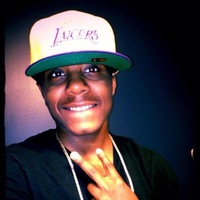