To share your memory on the wall of Millard Catchings, sign in using one of the following options:

Print
Millard Catchings Sr., 85, gained his wings on October 10th, 2020. Millard was born on August 4th, 1935 to Susie B. Catchings-Bobbitt but was raised by his grandparents Joe and Florence Catchings in Florence, Mississippi.

Millard left Mi... Read More
Millard Catchings Sr., 85, gained his wings on October 10th, 2020. Millard was born on August 4th, 1935 to Susie B. Catchings-Bobbitt but was raised by his grandparents Joe and Florence Catchings in Florence, Mississippi.

Millard left Mississippi and relocated to Chicago, Illinois after graduating from New Hope High School. He then moved to Toledo, Oho in his mid-twenties where he met his wife, Dorothy and started his career working at Unicast for over 35 years until he retired.

Millard accepted Christ at a young age and was often affectionately called "different" because of his dedication to God, which was expressed through his music. He was anointed with an amazing voice and was known to minister through song. He sang solos, sang in several church choirs, but quartet music held a special place in his heart. He started his first quartet group when he was just a teenager. He later sang with The Golden Clouds, The Greater Progressive Male Chorus, The Sons of Joy, and The Voices of Zion.

To send flowers to the family or plant a tree in memory of Millard Catchings, please visit our Heartfelt Sympathies Store.

Receive notifications about information and event scheduling for Millard

We encourage you to share your most beloved memories of Millard here, so that the family and other loved ones can always see it. You can upload cherished photographs, or share your favorite stories, and can even comment on those shared by others.

Posted Oct 17, 2020 at 07:34am
To the Catchings Family, May the Lord God Bless, Comfort and Keep you while you morn.
Dawn T. Marr-Reed and Family
Comment Share
Share via:
JF

Posted Oct 13, 2020 at 02:15pm
The Catchings family will be remembered in our prayers for the Lord to send comfort during your time of bereavement. Deacon Catchings will never be forgotten.
Deacon and Sister Fobbs

Posted Oct 13, 2020 at 01:04pm
May your heart find comfort knowing that your love one is at home with the Lord
Love Gwendolyn E.March & Family
Comment Share
Share via:
GH

Posted Oct 12, 2020 at 09:45pm
Deacon Catchings is a true man of God. I grew up at Calvary Baptist Church. Deacon Catchings shared the vision with our then Pastor RevL.H. Newsom who embraced young people and saw young people as the key to Church sustainability. We were one of if not the first Black Churches who invested in involving youth through sports. Deacon Catchings started and led the effort and spent much of his own time while working midnights working with young men, many who didn’t have fathers in the home. I have many fond memories of “Deac” as I used call him. He lived the life of a servant for God and will receive his just reward. God Bless Deacon Millard Catchings Sr!
Comment Share
Share via: 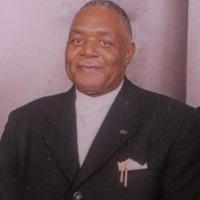