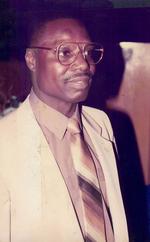 Michael, known to all as Mik-Mik, was born February 22, 1951, in Michigan City, Indiana to JC and Jessie Lee Lenoir. He graduated from Eltson High School in 1970. Then he moved to Toledo, Ohio in the early 80s where he went to ministry college and got a degree to become a preacher. In 2015, he retired from Toledo Museum of Art.

He is preceded in death by his parents, JC and Jessie Lee; sisters, Reva Lenoir and Doretha Smith; brothers, Martin, Steve and Dion Lenoir; and brother-in-law, Isaiah Lowry.