To share your memory on the wall of Melvin Bridges, sign in using one of the following options:

Melvin retired in 2001 from Jeep, then owned by Daimler Chrysler. Following his retirement, Melvin remained active by serving as a board member of the Jeep Country Federal Credit Union and as president of the Jeep Management Retiree Club where he served for more than 10 years, keeping members informed about their retirement benefits and changes in the corporation.

Melvin received his Bachelor of Arts degree from the University of Toledo where he pledge and was initiated into Kappa Alpha Psi Fraternity, Inc., Beta Xi Chapter, on April 20, 1957. He remained a life-long member of Kappa Alpha Psi, Inc., Toledo Alumni Chapter, serving as a member of the Board of Directors, and formerly as the chapter’s Strategus. He was also a member of the Amazon Lodge No. 4, Prince Hall Free and Accepted Masons, and the Maumee River Yacht Club.

Melvin loved taking his family out to dinner. While his son was in college, he and his wife Mary would take him to dinner every Sunday night. Melvin also loved to travel, especially anywhere with water. He and Mary went on many cruises including the Tom Joyner Cruise several times. In 2014, Melvin treated the whole family to a Disney Cruise for Christmas. It was the best Christmas ever!

Melvin was an extremely generous husband, father, and friend and his family will miss him every day.

Melvin was predeceased by his mother and father. He is survived by his wife, Mary J. Bridges, his son, Jonathan L. Bridges (Angelita), and grandchildren Donavan L. and Olivia.
Read Less

We encourage you to share your most beloved memories of Melvin here, so that the family and other loved ones can always see it. You can upload cherished photographs, or share your favorite stories, and can even comment on those shared by others.

Posted Jan 08, 2020 at 07:11pm
Condolence to the Bridges Family from the Nurses Guild of the Indiana Ave Missionary Baptist Church. Mr. Bridges was a joy to connect with and always a professional and sharp dresser.
Rest till we meet again.

Love, Opie purchased flowers for the family of Melvin Bridges.

Posted Jan 08, 2020 at 09:25am
Wishing you peace to bring comfort, courage to face the days ahead and loving memories to forever hold in your hearts.

Flowers were purchased for the family of Melvin Bridges. 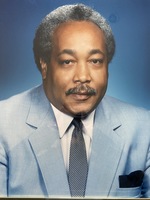 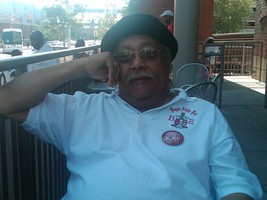 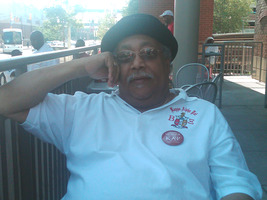 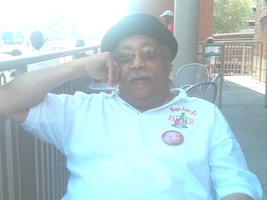