To share your memory on the wall of Mary Crosby, sign in using one of the following options:

She was the mother of 14 children, all single births. Mary moved to Toledo in 1962 and was a stay at home mother. When all of her children were in school, she went to work at a nursing home, Cherryhill and Villa North. She cleaned the large homes in the Old West End. Most of the time she walked to work. When some of her clients learned that she had an extra large family, every Christmas, they brought toys and clothes for the entire family. When people came over to her home, they were amazed to find her house was spotless and children were all neatly dressed, and were so well behaved. By the time she was 35, she was the proud mother of 14 children. She and her husband Cleveland raised all of Mary's children, they were like one big happy family, including his own.

To send flowers to the family or plant a tree in memory of Mary E. Crosby, please visit our Heartfelt Sympathies Store.

Receive notifications about information and event scheduling for Mary

We encourage you to share your most beloved memories of Mary here, so that the family and other loved ones can always see it. You can upload cherished photographs, or share your favorite stories, and can even comment on those shared by others.

Jeff & Sadie, Shelia Wallace McNeil, and other have sent flowers to the family of Mary E. Crosby.
Show you care by sending flowers

So sorry to hear about the passing of your mother. I have such fond memories of growing up on Post street, they were really some great times.
May God hold you in His loving embrace during this difficult time.

May the Grace of Jesus Christ cover, protect, heal and most of all spread his precious love to each and everyone. When I met, Mrs. Crosby she had a sweet spirit about her. You're in the Lord's arm resting. No more physical pain. Condolences and prayers to Shirley (my sister), family and friends
EJ 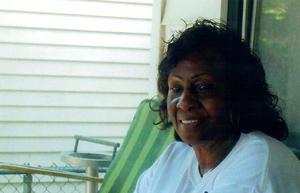