To share your memory on the wall of Marilyn Hart Stephens, sign in using one of the following options:

Born on December 6, 1937, in Toledo, OH, she was the beloved daughter of Dr. Edward Elmer Hart and Ermenie (Meyers) Hart. Marilyn was preceded in death by her brothers, Dr. Edward Hart, Jr. and Courtney Hart.

Marilyn graduated from the University of Toledo and obtained her doctorate degree from Meharry Medical College in Nashville, TN. She began her medical career at her father’s former medical office on the corner of City Park and Wabash in Toledo, OH. After a few years she and her family moved to Huntington, PA where she opened a private practice. Later the family moved to State College where she practiced at Pennsylvania State University, State College, PA and Geisinger Medical Center, Philipsburg, PA. She ended her medical career when she retired from Indiana University of Pennsylvania, Indiana, PA.

Marilyn was preceded in death by her husband: Donald E. Stephens, Sr. She is survived by her loving daughters, Julie M. Stephens-DeValle (Adam DeValle) of Damascus, MD and Rochelle Rodgers of Toledo, OH and sons Dr. Donald E. Stephens of Arizona and John L. W. Stephens of Fredrick MD and her sister, Rose Marie Parker of Toledo, OH.
She is also survived by her cherished granddaughters Cheyenne Stephens, Nyah DeValle, and Amaris Rodgers, grandsons Colton and Caden DeValle, Richard Rodgers Jr. and Reed Julien Benson and numerous nieces and nephews that she loved dearly.

A Catholic Mass will be held at St. Martin de Porres, 1119 West Bancroft St, Toledo, OH 43606 on Saturday the 7th of March at 11 am. A viewing will be held at 10 am prior to the service with her final resting place at Historic Woodlawn Cemetery in Toledo, OH.

In lieu of flowers, memorial donations may be made to the American Cancer Society or to St. Martin de Porres Church.
Expressions of sympathy may be offered to the family at https://www.staufferfuneralhome.com/ in Frederick, MD or the House of Day, https://www.houseofday.com/ in Toledo, OH.
Read Less

We encourage you to share your most beloved memories of Marilyn here, so that the family and other loved ones can always see it. You can upload cherished photographs, or share your favorite stories, and can even comment on those shared by others.

Posted Mar 30, 2020 at 04:16pm
MARILYN AND I WENT TO ST. BENEDICT GRADE SCHOOL AND CHURCH. GOD BLESS YOU MARILYN AND KEEP YOU SAFE ON YOUR JOURNEY WITH OUR LORD GOD. GOD PLEASE PROTECT HER FAMILY. I HAVEN'T SEEN YOU IN OVER 55 YEARS. MOST OF THE FRIENDS THAT WE GREW UP WITH OR ATTENDED SCHOOL TOGETHER ARE GONE TO BE WITH OUR LORD.
Comment Share
Share via: 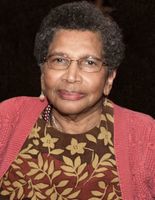 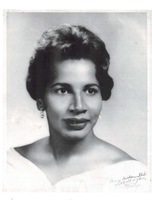