To share your memory on the wall of Marie Watkins, sign in using one of the following options:

Mother Watkins was an anointed woman of God, she believed God, she was a prayer warrior—she knew how to get a prayer through on your behalf. Mother Watkins worked much of her adult life caring for children (spiritually and naturally)—she cared for children in her home for more than 50 years, provided child care services through Lucas County Department of Jobs & Family Services for 16 years and worked 16 years at Plaza Care Ministry Nursing Home as well. She cared about the souls of people. Her passion, in addition to caring for children, was leading others to Christ. She witness to those around her about Christ—instilling the importance of joining and attending a church.

To send flowers to the family or plant a tree in memory of Marie M. Watkins, please visit our Heartfelt Sympathies Store.

Receive notifications about information and event scheduling for Marie

Print
Due to COVID-19 funeral services are private, 50 family members only.If there will be live streaming, contact family for date and time. Recording can be watched anytime after services.

We encourage you to share your most beloved memories of Marie here, so that the family and other loved ones can always see it. You can upload cherished photographs, or share your favorite stories, and can even comment on those shared by others.

Posted Sep 22, 2020 at 12:12pm
May your heart find comfort knowing that your love one is at home with the Lord
Love Gwendolyn E.March Jones & Family
Comment Share
Share via:
GH

Posted Sep 18, 2020 at 09:09pm
Marie Watkins was a second Mom to me.Terry and I were Best Friends and grew up together. I called her Mom. I’m happy today because she is with the Lord. To my sister Suzee, I love you and will be here for you...... George
Comment Share
Share via:
C 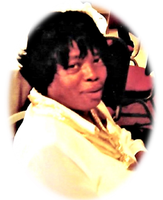