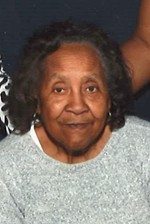 Marian was a graduate of Edward Drummond Libbey High School.

Marian was an avid bowler where she earned many awards and championships during her time. She won the City Doubles Tournament with her sister Bea in 1980s. She was one of the founding members of the Family Tree. A team with her brothers, sisters and other members of her family in the Ebony Mixed Classic where they won many championships. Marian also played softball for the Western A.C.s., her position was 2nd base. They were the first black women’s softball team to win a championship in Toledo.

Marian was preceded in death by her husband Charles Boyd, Sr., her parents, Arthur M. and Mary L. Jones, Sr., and her step-son Charles Boyd, Jr.