To share your memory on the wall of Margaret Truss, sign in using one of the following options:

Margaret was an amazing mother. She always made sure she had fun with her kids: playing Scrabble and Monopoly, sleeping in the back yard with them, taking them riding in a bumpy pickup truck and taking them on outings with the neighborhood kids. Margaret was always outgoing, fun and never met a stranger. She had a very quick wit, for which she was known. She was extremely observant and missed nothing. If she saw something she didn’t like, she would pull you aside and let you know. The look on her face always let you know she had been paying attention. She was active in the community, serving on the Friendship Usher Board for over 60 years. She served on the Toledo Metropolitan Mission Laity Task Force on Substance Abuse, working with others in the community, as Friendship’s representative to combat drug abuse. Serving on the TMM Task Force afforded her the opportunity to represent the city and the Task Force in Washington D.C., at national meetings. She also served as her neighborhood block watch captain for over 10 years and volunteered at St. Vincent’s Hospital and the Family House Homeless Shelter, where she met and became close to one of her many adopted children. She would always say ‘she had more than enough love to go around’. Margaret was good with figures and became close to many young adults, while spending time teaching them how to budget and manage their finances.

We encourage you to share your most beloved memories of Margaret here, so that the family and other loved ones can always see it. You can upload cherished photographs, or share your favorite stories, and can even comment on those shared by others.

I have had your Mom on my mind lately, and I'm so very sorry to see she has passed. Such a beautiful woman, with such a loving heart!! I miss all of you, and wish you the very best!! Deneen
Comment Share
Share via:
HL

Posted Feb 17, 2020 at 11:19pm
Gwen,
May God wrap His loving arms around you and give you peace, knowing that your mom is in His loving arms. She will always be in your heart.
Ben & Heather
Comment Share
Share via:
GJ

Posted Feb 14, 2020 at 03:28pm
May your heart find comfort knowing that your love one is at home with the Lord
Love Gwendolyn E.March Jones & Family
Comment Share
Share via:
MG

Posted Feb 13, 2020 at 02:42pm
To the family from Allene Lee
Nothing will ever be able to separate us from the love of God that is in Christ Jesus our Lord. Sending love and prayers to each of you
Comment Share
Share via: 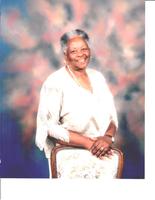