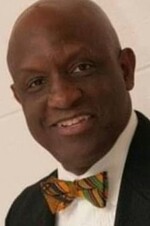 Laurentz graduated from John Marshall high School in 1974 then moved to Toledo to attend Owens Technical College and the University of Toledo where he pledged Alpha Phi Alpha fraternity and earned a bachelor’s degree. He joined the United States Army earning the rank of Major and served several tours overseas. Laurentz retired from the army and UPS then went back to school to get a masters degree because he wanted to teach. He taught various subjects at Winterfield Venture Academy and garnered love and respect from his students and teachers.

Laurentz enjoyed many things in life, a few of them were wrestling in middle school and high school, the martial arts, learning to play bass guitar and drums, traveling, visiting relatives and friends, reading, learning and dancing. He joined the line dance group Glass City Hustlers, and also loved Stepping and Ballroom.

Laurentz was definitely a versatile person, also a loyal friend. He was shy, adventurous, fearless, strong and an intelligent man who made an effort to keep in touch with people and loved his family with all his heart. Having a long conversation with Laurentz was like taking a class because his knowledge and ability to explain was phenomenal.
He definitely left an indelible print in our hearts, we will love and miss him forever more.

“We are confident, I say willing rather to be absent from the body and to be present with the Lord” 2 Corinthians 5:8