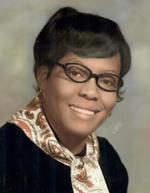 Lula Belle Lawshe was born January 31, 1941, to Lula Red and Walter Johnson in Opelika, Alabama. She departed this earthly life on November 10, 2019, at the age of 78. She worked at various facilities as a Nurse's Aide.