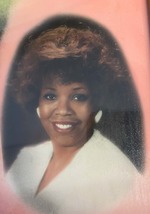 Lue Dell F. Martin was a vibrant, fun-loving, and God-fearing woman. She demonstrated her love and respect for all of God's creation by the way she treated people, the way she insisted that people be treated and through her hobbies: bird watching and gardening. And those who knew her recognized that family was of the utmost importance to her.

Though Lue Dell passed away on June 23rd, 2020 at the age of 73, she is unforgettable. She was born on February 7th, 1947 to the late Ester Johnson & the late Lizzie Mae Fields-Edmondson, in Memphis, TN.

She migrated to Toledo, OH shortly after high school to be close to family and pursue higher education. Soon after, she met her soulmate Mark A Martin, Sr. where over a span of 50 years they raised a blended family of 6 children. She also became a lifelong educator, including over 30 years of service with EOPA Head Start, obtained a Bachelor's degree from Lourdes and teaching certificates too numerous to name.

Lue Dell committed her life to Christ at an early age but always said that she grew most, spiritually, during her membership at New Covenant Church of the Living God. She joined in May of 1995, under the leadership of Pastor James R. Sherman and Assistant Pastor Mac Mister and remained there throughout her final days, under the current leadership of Pastor James D. Sherman.