To share your memory on the wall of Lorenzo Farrow, sign in using one of the following options:

Provide comfort for the family of Lorenzo Farrow with a meaningful gesture of sympathy.

Rico grew up with a passion for football, but as an adult his truest passion was being the best father he could be to his children.

Rico is preceded in death by his grandparents, Louis and Cleora.

To send flowers to the family or plant a tree in memory of Lorenzo Rico Farrow Jr., please visit our Heartfelt Sympathies Store.

Receive notifications about information and event scheduling for Lorenzo

Print
Due to the COVID-19 Epidemic Services are Private.

We encourage you to share your most beloved memories of Lorenzo here, so that the family and other loved ones can always see it. You can upload cherished photographs, or share your favorite stories, and can even comment on those shared by others.

Posted Apr 24, 2020 at 04:46pm
My heart was sadden to read about the the sudden loss of Lorenzo and wanted to give my warmest condolences to the family. To lose someone so well loved can bring such sadness but the God of all comfort tells us at 2 Kings 20:5 He feels our pain. At jw.org we can read in the Bible John 5:28,29 that not only does God care but it will move him to remove all the suffering he sees and gives assurance that you will have him in your life once again. May all the beautiful memories you have give you calm and peace until God’s promises come true. Again so very sorry for your heartache. 💐
Comment Share
Share via:
B

Posted Apr 21, 2020 at 07:45pm
My condolences to Rico family, I prayers are with you in this time of loss, continue to let God be your shoulder. Baxter family
Comment Share
Share via:
DC

Posted Apr 19, 2020 at 05:16pm
I loved him and I will never forget you , you is with my Destanee and your granny so Rest In Peace I love you
Comment Share
Share via:
MH

Posted Apr 19, 2020 at 10:50am
We Love and miss you so much. You brought the greatest Joy to our lives not just with your smile and big kind heart but Blessing us with two beautiful Great Grandchildren ❤️ Josiah and Johari 🥰 Rest In Peace Dear Rico. We Love You 🙏🏽 Until We Meet Again In Heaven 🙏🏽🙏🏽🙏🏽 From: ReeRee and Ham ❤️
Comment Share
Share via:
PD

Posted Apr 18, 2020 at 10:44pm
I watched him grow from a quiet little boy to a very talkative, fun loving person. He will be missed and loved. "Little Ricie :)!!
Comment Share
Share via: 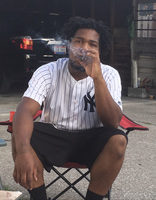 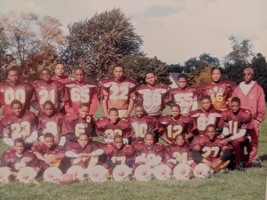 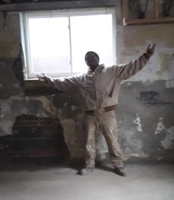