To share your memory on the wall of Lester Smith, sign in using one of the following options:

Lovingly nicknamed "Crisco", he grew up in Lewisville, Arkansas where he was known for being an exceptional basketball player. He joined the Navy in April 1972, serving two years during the Vietnam War. Lester was a long time member of the American Legion and was an AFSCME VIP. After serving in the military, Lester had the opportunity to join the United States Postal Service. He worked his way up the ranks to Postmaster and retired in 1997.

Lester was a loving father, grandfather and mentor to many with an unmatched sense of humor. He was selfless, willing to give his Last Two Dollars (his favorite song by Johnnie Taylor) to someone in need. He loved being a listening ear and always gave the best advice. He was very young at heart and enjoyed spending the day outdoors, listening to music, fellowshipping with friends and family.

To send flowers to the family or plant a tree in memory of Lester Smith, please visit our Heartfelt Sympathies Store.

Receive notifications about information and event scheduling for Lester

We encourage you to share your most beloved memories of Lester here, so that the family and other loved ones can always see it. You can upload cherished photographs, or share your favorite stories, and can even comment on those shared by others.

wayne radford sent flowers to the family of Lester Smith.
Show you care by sending flowers

Posted Aug 01, 2020 at 08:22pm
We send our deepest sympathy to Candice and Family we are sorry for your lose. God's word can truly be a comfort during these times. Love Uncle Michael & Aunt Des
Comment Share
Share via:
HS

Posted Jul 30, 2020 at 08:40pm
Jaleesa, you and your family are in our thoughts and prayers during this difficult time. Sending love and hugs to you!

Sweet Tranquility Basket was purchased for the family of Lester Smith. Send Flowers

Posted Jul 29, 2020 at 05:41pm
As you grieve know that we are remembering you and honoring the memory of "Lester Smith". 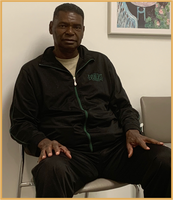