To share your memory on the wall of Lerline Brassfield, sign in using one of the following options:

Throughout her adult life, Chay loved watching sports from basketball, tennis, golf, and football to ice skating and gymnastics. In her younger years, she enjoyed. sewing, completing craft projects including crocheting, playing Atari and Colleco, and working on puzzles. Chay was probably one of the first "gamers" before the turn of the century. One of her first loves is music, the oldies but goodies. She also played the piano beautifully.

Chay remained a hard worker with an impeccable work ethic through retirement and beyond. She worked in case management at Lucas County Job and Family Services along with her mother from 18 years old until she retired at 48. She also enjoyed working with the Lucas County Board of Elections off and on alongside her brother for many years.

Chay often proclaimed that one of the best days of her life on October 31, 1980, the day she began caring for two of her younger sisters, Tori and Ashley. This selfless act saved them from an uncertain future. Through good times and bad, Chay continued to raise Tori and Ashley until adulthood. Her official End of Watch was the moment she died...though knowing her she is watching over all of sisters, family, and friends from heaven.

Chay liked to travel but didn't do it as often as she would have liked. She enjoyed visiting places like Vegas, Chicago, Alabama, Jamaica, and finally enjoyed her first cruise to the West Caribbean a couple months ago.

Last but not least, Chay would often let her hair grow long so she could have it cut and sent to Locks of Love. Her final of many donations was in January of this year.


While comforting one sister after the recent death of mother, Lucy Thelma (1/2020) and brother Nep (12/2018), Chay stated that dying is a blessing because she will see Momma, Nep, and her beloved dog Chelsey waiting at the Gates of Heaven. Lerline Chay Brassfield passed away unexpectedly on February 2nd, 2020. We pray that they are all reunited now.


Lerline Chay Brassfield was preceded in death by her father, Raymond "Rocky" Brassfield and mother Lucy Thelma Grace Osbourne, who just passed on January 15th of this year, and her only brother. Nep Brassfield.


Chay, you can rest now and experience the peace you absolutely deserve.

We encourage you to share your most beloved memories of Lerline here, so that the family and other loved ones can always see it. You can upload cherished photographs, or share your favorite stories, and can even comment on those shared by others.

Posted Feb 12, 2020 at 01:40pm
Chay you're my friend, my sister and a blessing. I thank you for your kindness and many words of encouragement.
For cruising with me and for acting crazy as we let our hair down, For telling me I'm always starting trouble when we both knew it was you, from laughing until our noses ran and tears flowed from our eyes. For sharing your secret place and opening up your heart and trusting me as your friend. I'll miss you telling me to get off your phone and then HANGING UP. I never thought you would hang up for a last time, but as Christ is in me and I continue to fight the good fight of faith, I know we'll meet again. Enjoy your Mom & Nep! You are already missed and will never be forgotten "You truly where a gift from GOD"
Comment Share
Share via:
CP

Posted Feb 12, 2020 at 01:05am
TO BE ABSENT FROM THE BODY IS TO BE PRESENT WITH THE LORD...WITH THAT BEING SAID,I KNOW YOU ARE IN A BETTER PLACE...MAY YOU ALL FIND PEACE IN KNOWING SHE’S SANGING WITH THE ANGELS & ENJOYING HER CHINESE FOOD...CHAY GONNA MISS YOU & YOUR ENCOURAGING WORDS...🥀💔REST WELL MY FRIEND...🙏🏽
Comment Share
Share via: 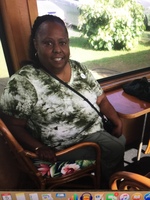 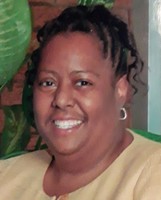 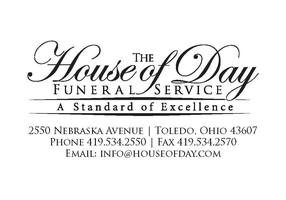