To share your memory on the wall of Larry Ragland, sign in using one of the following options:

Print
Larry Darnell Ragland was born on August 1, 1961, the fifth child born of seven children to the union of Mr. & Mrs. William and Eura Mae Ragland. He accepted Christ at an early age and was baptized.

He received his education through the ... Read More
Larry Darnell Ragland was born on August 1, 1961, the fifth child born of seven children to the union of Mr. & Mrs. William and Eura Mae Ragland. He accepted Christ at an early age and was baptized.

He received his education through the Toledo, OH public school system, graduating from Scott High School. He was a jack of all trades including mechanic, electrician, and all-around handyman. He owned his own home and built it with love and enjoyed remodeling his home and spending time in his garage.

Larry was united in marriage on February 12, 2016, to the long-term love of his life Lynda Jo Wilson and they became one as Mr. and Mrs. Ragland.

He had many hobbies: bowling, sewing, avid Star Trek fan, and anything Sci-fi peaked his interest. He was also an avid aviation fan he loved anything that could fly. He was an amazing husband, father and PawPaw. His family was his pride and joy. No matter what, he was always eager to assist however he could. He raised many family members as his own children. He was everyone's favorite uncle. He was the patriarch of the family and kept everyone close. His favorite color was black so please wear black only to honor him.

To send flowers to the family or plant a tree in memory of Larry D. Ragland, please visit our Heartfelt Sympathies Store.

Receive notifications about information and event scheduling for Larry

We encourage you to share your most beloved memories of Larry here, so that the family and other loved ones can always see it. You can upload cherished photographs, or share your favorite stories, and can even comment on those shared by others.

Cynthia Rivers and Family sent flowers to the family of Larry D. Ragland.
Show you care by sending flowers

Posted Aug 25, 2020 at 12:33pm
I remember Larry when windee and Billy were born and I hadn't seen again until I ran into him on the day of his son Billy's Wedding. It was great to him an he will be missed by all that knew him. R.I.P. my friend
Comment Share
Share via:
CF

Cynthia Rivers and Family purchased the Medium Dish Garden and planted a memorial tree for the family of Larry Ragland. Send Flowers 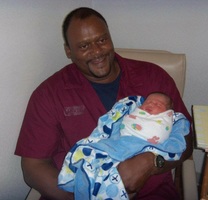 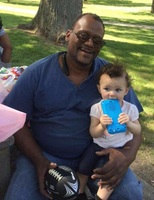