To share your memory on the wall of Kevin Syph, sign in using one of the following options:

Provide comfort for the family of Kevin Syph with a meaningful gesture of sympathy.

Kevin accepted Christ at an early age. He attended First Church of God as ... Read More
Kevin Cleo Syph was born on January 2, 1970, to Fred Shores and Sharon Syph in Toledo, Ohio. The angels called him home on March 28, 2020. He was 50 years of age.

Kevin accepted Christ at an early age. He attended First Church of God as a child. He was a 1988 graduate of DeVilbiss High School. He was employed at Park Terrace Nursing & Rehabilitation, formerly Darlington House.

Kevin had a love for football. His favorite college team was the University of Michigan Wolverines, and his favorite professional team was the San Francisco Forty Niners. He also loved playing his PlayStation Four with his cousin, Junior, and his friend, Ferris.

Kevin was preceded in death by his father, Fred Shores.

To send flowers to the family or plant a tree in memory of Kevin Syph, please visit our Heartfelt Sympathies Store.

Receive notifications about information and event scheduling for Kevin

There are no events scheduled. You can still show your support by sending flowers directly to the family, or planting a memorial tree in memory of Kevin Syph.
Visit the Heartfelt Sympathies Store

We encourage you to share your most beloved memories of Kevin here, so that the family and other loved ones can always see it. You can upload cherished photographs, or share your favorite stories, and can even comment on those shared by others.

Posted Apr 11, 2020 at 02:11pm
May your heart find comfort knowing that your love one is at home with the Lord
Love Gwendolyn E.March Jones & Family
Comment Share
Share via:
WH

I remember Kevin from childhood living in the neighborhood on Addington. He was known as "Boodah" and he was my older brother's best friend. It's really painful when I found out of his passing knowing I just chatted with him a month ago when he asked me about my father. We were supposed to catch on a game of pool for his birthday to catch up on old times. Kevin always been a cool individual as wellas a good friend, I'm going to miss you. Until we meet again someday😢😢😢😢😢😢😢😢😢
GJ

Posted Apr 09, 2020 at 09:03am
May your heart. find comfort knowing that your love one is at home with the Lord
Love Gwendolyn E.March Jones & Family
Comment Share
Share via:
VP

Posted Apr 08, 2020 at 11:11pm
Ms.Sharon sorry for your loss and I am praying for you and the family. Kevin I am going to miss so much about our friendship of 35yrs I love you friend and will forever miss you. Sleep in peace my dear friend.
Comment Share
Share via: 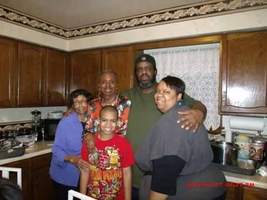 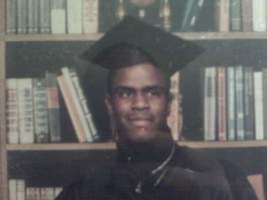