To share your memory on the wall of John Neal, sign in using one of the following options:

John attended Scott High School and worked at Textile Leather Company for several years. John being a “jack of all trades” entered the construction field where he met his devoted wife, partner and friend of 34 years, Terri Hughes. John went on to attend apprentice school and become a brick mason. John was never one to take orders for too long, and this amongst other factors lead him to pursue one of his life dreams and open “The House of Value”, music and resale store. This became one of his proudest accomplishments. John used his love for music to build his business clientele, but these were not just his customers, many of them became longtime friends and acquaintances as John made a mark on almost every person he met. He spent many years operating his business, even DJ'ing during his spare time. John was forced to retire due to health issues after over 10 years of business.

John, also known as “Redd,” by many did not let his health condition keep him from spending time with his friends and family. John continued his many hobbies of cooking, playing cards, dominos, shooting pool, going to the casino and his ABSOLUTE favorite of fishing. John could sit on a fishing bank, bridge, boat you name it for days at a time and be just as content. The self-proclaimed fishing guru would always say “can’t nobody out fish him.” You knew if you were going fishing with John you better pack a suitcase because you were going to be there a while, but there was never a dull moment.

John loved reflecting on life and special moments, even during his long battle with illness. He was glad about the changes he had made in his life and his accomplishments. He spoke of how proud he was of his son and daughters and their accomplishments. John also had a special relationship with his cousin Vince, whom he was proud of and bragged about. Nevertheless, John loved all his family and friends however would not pass up a moment for argument.

John received a Meritorious Public Service Award from Mayor Jack Ford in 2004. For his heroic act, which saved two young girls who had been kidnapped. He was a member of Friendship Baptist Church where he was on the usher board. John was also a member of the Windjammers Van Club.

John was always John and there was no one like him. To know him was to love him, even if you were upset with John you never could stop loving him. He was his own man; couldn’t anyone tell him different. His smile, joking crazy personality will be missed, but never forgotten.

To send flowers to the family or plant a tree in memory of John Gregory Neal Sr., please visit our Heartfelt Sympathies Store.

Receive notifications about information and event scheduling for John

We encourage you to share your most beloved memories of John here, so that the family and other loved ones can always see it. You can upload cherished photographs, or share your favorite stories, and can even comment on those shared by others.

Pamela L. Green-Jones, The Jackson's, and other have sent flowers to the family of John Gregory Neal Sr.
Show you care by sending flowers

Posted Jul 20, 2020 at 11:50pm
Our heartfelt condolences to the Neal and Walker families. May God bring you solace in your time of sorrow. Carlton Jones and Pamela Green-Jones

The Jackson's purchased the Peaceful White Lilies Basket for the family of John Neal. Send Flowers

Posted Jul 16, 2020 at 05:38pm
Ashley and family. Sending our sincere condolences at this difficult time. May your heart and souls find peace and comfort. 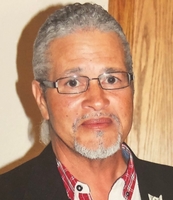 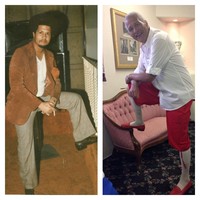 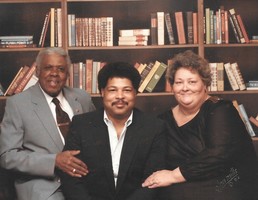