To share your memory on the wall of Jewel Johnson, sign in using one of the following options:

Print
Jewel Dean Johnson, age 82, passed peacefully on August 30, 2020 at home surrounded by her loved ones. She was born November 4, 1937 in Boswell, Oklahoma to Archie Sr. and Eumah Burch. She was a 1956 graduate of Boswell High School.

J... Read More
Jewel Dean Johnson, age 82, passed peacefully on August 30, 2020 at home surrounded by her loved ones. She was born November 4, 1937 in Boswell, Oklahoma to Archie Sr. and Eumah Burch. She was a 1956 graduate of Boswell High School.

She worked for Toledo Tent Company, Chrysler, Kroger Company and The Andersons. Jewel was an avid fisherman. Any where there was water, you would see her fishing. She enjoyed travelling but most of all, she enjoyed family getting together for dinner and playing cards.

To send flowers to the family or plant a tree in memory of Jewel Dean Johnson, please visit our Heartfelt Sympathies Store.

Receive notifications about information and event scheduling for Jewel

There are no events scheduled. You can still show your support by sending flowers directly to the family, or planting a memorial tree in memory of Jewel Dean Johnson.
Visit the Heartfelt Sympathies Store

We encourage you to share your most beloved memories of Jewel here, so that the family and other loved ones can always see it. You can upload cherished photographs, or share your favorite stories, and can even comment on those shared by others.

Posted Sep 03, 2020 at 03:27pm
Auntie - You will be missed and always loved. Your California Family, Niece Brenda Walker and Family and Nephew Roy Haney and Family. So long....

Sweet Sincerity was purchased for the family of Jewel Johnson. Send Flowers

Posted Sep 02, 2020 at 07:05pm
Granny brought so many gifts and happy memories to our lives. We will never forget her!

Posted Sep 02, 2020 at 08:30am
May care and love of those around you provide comfort and peace to get you through the days ahead. Our most sincere condolences.

Flowers were purchased for the family of Jewel Johnson. Send Flowers 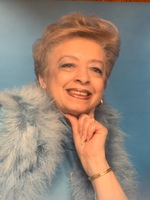 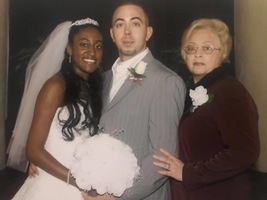 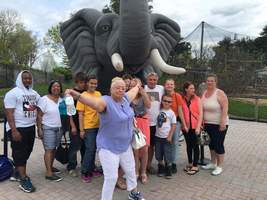 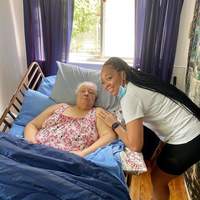