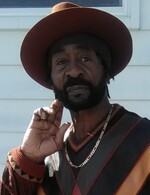 Jesse graduated high school, became self sufficient, working various jobs, and became a welder also. He enjoyed working out, ping pong, and card playing. He liked to dress well and loved to look nice. He had a passion for boxing and trained many. He also had a great influence on world champion, Bernard Benton. Jesse has fought the good fight and has hung up his boxing gloves and now is a champion with the king of kings.