To share your memory on the wall of Jerome Brooks, sign in using one of the following options:

Jerome began working for Ford Motor Company at an early age. Starting off at the Woodhaven plant in Michigan then later working at the Stamping plant in Maumee, OH. It was at the stamping plant where he made many very close friends. After working for 31 years for Ford Motor Company he and his wife Wanda built their dream home and he entered retirement. With Jerome being the go getter that he was, he continued to work other jobs including Semi truck driving, dumpster truck driving, and medical transit.

In the year of 2012 Jerome’s love for Jesus the Christ deepened and he fully devoted himself to studying the Holy Bible, fasting, and praying to gain more knowledge and understanding. In July of 2014, under the direction of the Holy Spirit, The Church Of The Living God The Pillar And Foundation Of The Truth was started and was overseen by Servant Jerome Brooks, which he liked to be called.

Every message that Servant Jerome Brooks gave was delivered under the power and authority of the Holy Spirit. Not only did he teach and preach within the pulpit but he did so in his daily walk.

Jerome met his wife in 1974 at a local restaurant in Toledo, OH and began dating. After 5 years of dating under the direction of the Holy Spirit they married February 6, 1979. Jerome and Wanda were married for 41 years.

Jerome was preceded in death by his father Charles Brooks, his brother Patrick Porter, his granddaughter Telayah Hughes, and his grandmother Viola Jay whom was much more than a grandmother to him. He is survived by his wife Wanda Brooks, mother Juanita Cole, his sons, Jerome (Jasmine) Brooks II and Donald Brooks, his daughters, Kyatto (Patrick) Nelson, Alaka (Tellus) Hughes, Nikeesha Sims, and Donmeca Fricke. He is also survived by his brother and sister, Brenford (Judy) Brooks, Constance Brooks, and his very special Aunt and Uncle Melva Scott and Marion Cunningham.
Read Less

To send flowers to the family or plant a tree in memory of Jerome Roland Brooks Sr., please visit our Heartfelt Sympathies Store.

Receive notifications about information and event scheduling for Jerome

We encourage you to share your most beloved memories of Jerome here, so that the family and other loved ones can always see it. You can upload cherished photographs, or share your favorite stories, and can even comment on those shared by others.

Posted Jul 31, 2020 at 08:59pm
We will surely miss your presence, Servant Jerome 💔 To be absent in the body is to be present with the Lord. Well done thy good and faithful servant...Well done! 🙏

Pastor a Jackson and the New Home Baptist Church f

Pastor a Jackson and the New Home Baptist Church f purchased flowers for the family of Jerome Brooks. Send Flowers

Posted Jul 29, 2020 at 12:55pm
To Sis. Wanda and Family: Some things that God does is so far from our understanding we cannot comprehend it. This is one of those things. Something that I do know and trust about God is that He reveals Himself at a later time, so we will understand it better by and by. Servant Jerome was such an awesome man of God. Please take comfort in knowing He is now enjoying Jesus!! I love you all, and pray your comfort and peace.
Comment Share
Share via:
HT

Posted Jul 29, 2020 at 07:20am
I don't think there was a mean bone in Jerome's body. Always happy and willing to help in any way. A fine gentleman. Condolences to family and friends.
Comment Share
Share via: 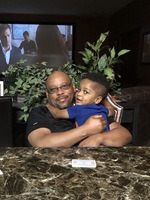 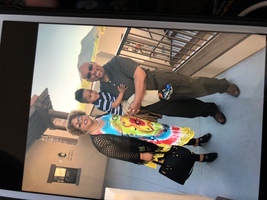 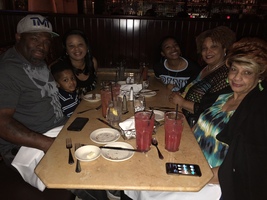